The Curly-Haired Ones- Iranian Curly Group 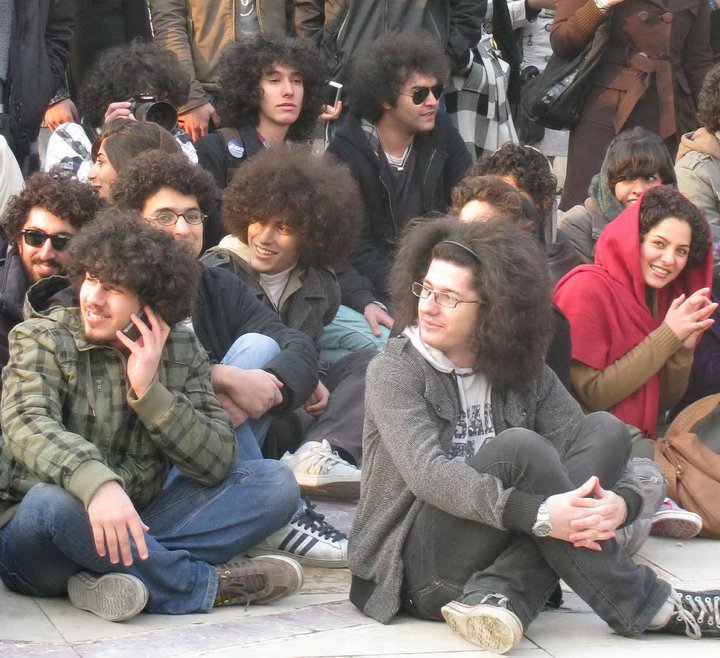 On January 21st, in Tehran’s Mellat Park, curly haired Iranians gathered in celebration of their glorious tresses. They called it The Day We Had Fun. Jennifer, a CN reader, wrote in and shared the links with us a couple of weeks ago. I, like many of you, was intrigued, and did a bit of follow-up research. I tracked the ‘Curly-Haired Ones’ down, reached out for an interview, and quickly learned that like many of us (1) they’re learning to embrace their curls despite societal pressures, and (2) wearing their hair naturally is not a political statement.

CN: What led you to start ‘The Curly-Haired Ones‘ Facebook page? What purpose do you hope it will serve?
M: The only thing that made me create this community was its absence in Facebook. Curly Heads are normally divided into two groups: Those who are fed up with their hair because of its annoyances and those who despite its problems, love their hair (like taking care of it, giving it style, being mocked by other people, our afro hairstyle being unusual for our society and many other things that you are aware of). I used to see a lot of people not having any confidence when in groups of friends- – this page was made to show the real beauty of curly hair and to turn a negative thing for some to a positive, and to be proud of their hair.

The biggest goal of this page is the smile it brings to its members. We mostly like to joke about famous Iranian poems, phrases, sayings and important events happening in the world. These jokes are made by linking them to curly hair which needs creativity. So one of the other goals of the page besides making you laugh, is to be creative in what we do, and to inspire. Most of the phrases used in the status section of the page might not be understood even after translation, but I’ll give you an example:

Straight hair does not exist in the world, as a long time ago people thought the earth was straight too.

In general this page tries not to focus solely on people with curly hair and it’s just an excuse to laugh and be happy.

CN: What sparked the meeting at Park e Melat in Tehran on January 21st? Was the turnout bigger than expected?
M: Truthfully I have to say no particular event sparked this meeting. I receive a lot of pictures, and every now and then, I would make a music video out of them and share it to show the beauty of curly hair. But this wasn’t enough, so I thought it would be cool to have all the curly haired people in one big panoramic picture, to show how small things can turn into big events. I started to market this idea one month prior by distributing a poster of the music video. Approximately 250 people came to the gathering which was more than I expected. A lot of people thought no one would come, but after seeing the pictures they regretted not coming.

For boys in our society, having an afro is very unusual. The feedback we got after the gathering was that the curly ones were proud of themselves, and learning to love their curls. Also people with straight hair wished they had curly hair!

CN: In a time where there are so many political causes, what is your reasoning behind not making this a political movement?
M: Taking into account the goals on which the page was made, you can see there is no use politicizing this issue. This gathering with all of its problems happened and made for a memorable day. 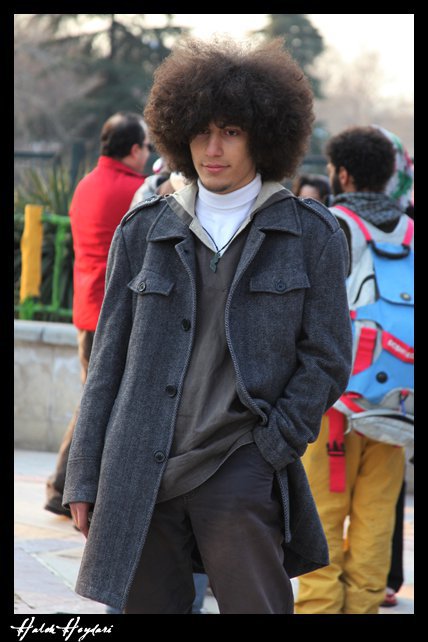 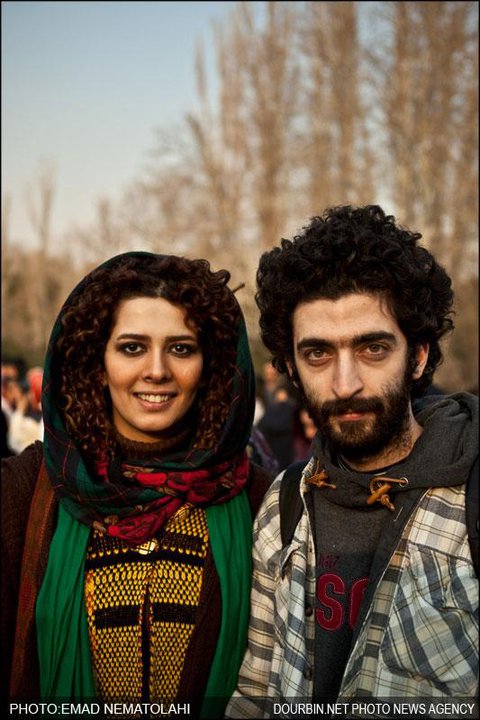 CN: What are your favorite hair products? What are the popular products in Tehran?
M: There is a lot of variety in the products. As I said before, we don’t really put much attention to these matters on our page, but we do have a section where people talk about how they style their hair and what products they use (in which there is no similarity between them in choosing hair products). Most mention famous brands which are used all over the world. 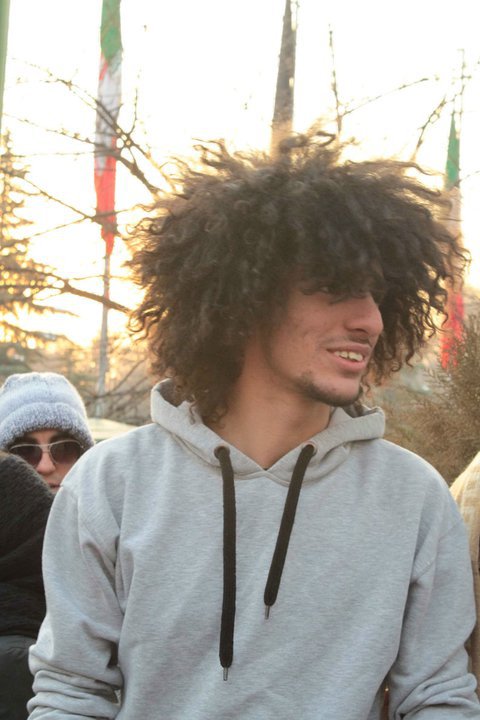 CN: Are you the founder of the group? Can I please have a picture of you to share?
M: Yes I am. Unfortunately I cannot share a picture of myself. One of the main reasons of the pages’ success is that no one has taken a leadership role and every member has an equal role. No one of the members knows whom the administrator a.k.a. founder is.

CN: I’ve seen the articles about mandatory haircuts in Iran. Are the rules enforced, and how does it affect the ‘Curly-Haired Ones’? If you feel comfortable sharing, do you plan to abide by these rules?
M: These rules have been passed but they are not strictly implemented, so you are not forced to style your hair to a particular standard and you can see different styles of hair throughout the city. What we’ve done has nothing to do with protesting to these rules. 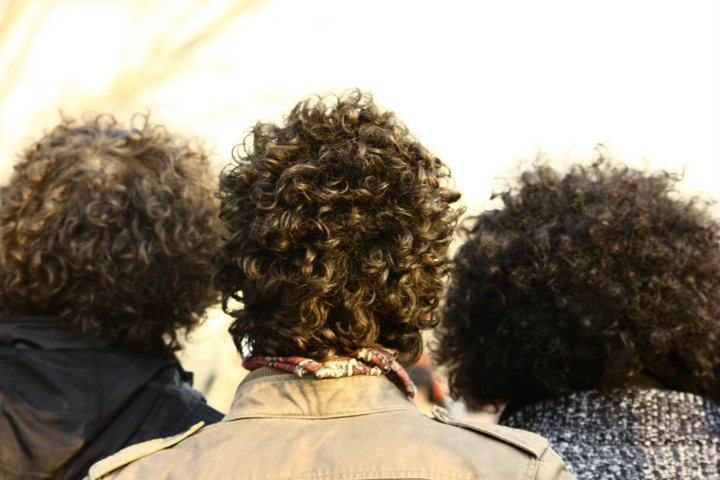 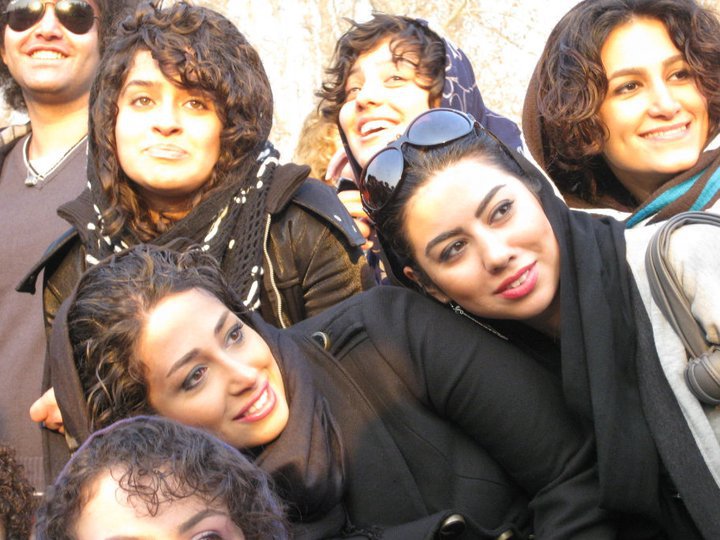 As active participants in the online natural hair world, we’re more than aware of the many ongoing debates. An overarching one is whether natural hair is a lasting movement or simply a transient fashion trend. The answer… yes. Whether or not natural hair is a movement or trend is up to the individual. Period. Now that we have many more prominent examples of beautiful black women with natural hair (more than even five years ago), people envy that and want to adopt it as fashion. In this sense, it is a trend and it is trendy. On the other hand, natural hair is also a movement (embracing the curls, accepting yourself, re-educating yourself about hair care, etc.), because some of these people decide to make it apart of a larger life change- – a change in the way they interact with society, a change in the way they see themselves, and an overall self-esteem improvement.

I for one take heart in the notion that these young Iranians, with every reason in the world to become political, choose rather to embrace their curls simply to make themselves happy.
Love it 🙂

Want to see more pics of the Curly-Haired Ones? Check out their Facebook!