Talking Vaginas: A Little Too Much?

I don’t even know where to begin. I mean, we’ve seen curly hair portrayed in a lot of different ways, but Summer’s Eve’s new commercial sent shock waves through the NaturallyCurly office. No joke, we were speechless.

The commercial, if you haven’t yet seen it or heard about it, features a hand puppet playing a talking vagina. Yea, you read that right–a talking vagina. The whole gig is part of their “Hail to the V” campaign claiming, “no one gives you more products to keep your vagina happy.”

Now, as if the talking hand claiming to be our “vertical smile” wasn’t enough, Summer’s Eve produced different commercials for different races, insinuating quite a few stereotypes in both the Black and Hispanic versions.

One of those stereotypes involved the idea that Black women style their hair more often and to display that—yes, I know you see this coming—they put hair on it. They put our beloved natural hair on top of your talking you-know-what. Let’s talk about what they’re insinuating now.

The commercial, which has since been yanked from play, has many people up in arms about how a conservative Dallas advertising agency didn’t see what everyone else did–you know, the insanity of it.

Yet, in the face of adversity, the agency and the company have stood by the advertisement saying only that, “The decision to take the videos down is about acknowledging that there’s backlash here. We want to move beyond that and focus on the greater mission.”

For viewers, moving past the “ay-yi-yi” of the Hispanic hand and what some critics are calling a “jive-talking hand-‘gina with a ‘fro” is just much too difficult.

Stan Richards, the founder of The Richards Group, the advertising agency behind the mayhem, said that the videos were meant to be “relatable,” not offensive, and perhaps to a human without a vagina, they are.

Of course, some critics are saying that Summer’s Eve pulled out too quickly. After all, the brand hasn’t had this much publicity in a while. In fact, one commenter on AdWeek even stated, “Ironically, I wish Summer’s Eve had shown a little more balls.”

In the end, it’s all about what the consumer thinks, here at NaturallyCurly, we’re not so sure either of the companies involved really thought about this one. Or, is it the most genius advertising campaign of all time?

You tell us. Because really, we’re still in shock! 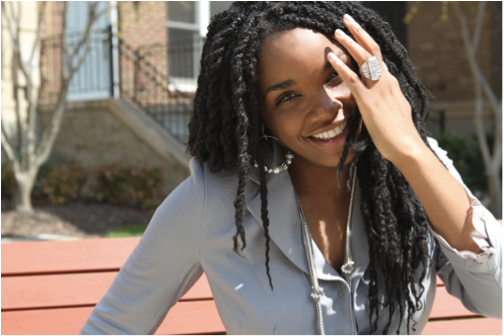