My darling Boogie is an unbelievable 14 months today. I don’t mean to brag *brushes shoulder off*, but now this is happening. She’s amazing y’all! She can identify her nose, her ears, her ‘stinky feet’, and her ‘big belly’. She points (and grunts) at what she wants and entertains herself by either quietly flipping and ‘reading’ through the pages of her favorite book or boogying of course, sometimes, sans music. Every time a phone rings, she answers her imaginary one with a super cute ‘allo’, and she initiates the best neck hugs and wet kisses… she even grabs my cheeks with both her hands to make sure she gets it real good. Although she doesn’t call me anything yet, she knows ‘dada’ and calls to him ALL. DAY. Here’s the thing, except for ‘paw-paw’ (my dad melts every single time) and ‘allo’, everything else comes out as a derivative of ‘dada’. Bye-bye comes out dye-dye (as she grabs her rattle and heads to the front door) and she refers to our dog Lady as ‘daydy’.

During the past month, we’ve allowed the two to interact a bit more as I’ve grown a little less anxious, and Gia, less scared. Being the doting mother I am, I’m never far and always facilitate their ridiculously adorable play sessions. I’ve shared this before, but Boog is most certainly a Sour Patch Kid… first she’s sour then she’s sweet… she’ll pinch you with her nails to elicit an ‘ouch’, then giggle and lean in for a hug. She can be just as rough with the poor dog. Here’s how it usually plays out–

-Lady is laying next to my feet minding her business.

-Gia, done dancing or running in circles directs her attention to Lady.

-Fred Sanford style, she walks over to Lady, belly leading the way. She usually has some object in her hand… a remote, a CD, rattle, book or one of her shoes.

-Not eliciting the response she hopes for, Boog throws whatever is in her hand at Lady.

We’re trying to stop this abusive behavior before PETA swarms in. Last night, this exact situation played out. Gia hit lady in the head with her rattle in the presence of me and her ‘dada’. We both immediately and simultaneously let out a stern ‘no-no Gia’. And you know me, I think I may have followed up with an oh so appropriate, ‘let’s be more respectful’ or something of that nature. We had our game faces on, no smiles… she could tell we weren’t pleased. Boog begins rubbing her eyes with her little balled up fists. She peaked out at us over one hand and when she saw that no one was smiling, she continued rubbing, as if to say, ‘I’m so sleepy I’m delirious… it wasn’t my fault’. She then proceeded to tug her ear… the way she does when we ask, ‘where’s Boogie’s ear?’, followed by lots of praise. She tugged on it and smiled like, ‘huh? You like that?!’ When that didn’t work, she gave us some of this action-

By this time, I’m hiding my face behind my hands… holding back the laughter, my eyes welling up with tears. Hubby, bless his heart, held his position. Then I broke…laughed so hard a little pee came out. I mean, damn! What’s a momma to do? We’re really trying to go hard with this discipline thing but she’s just too darn cute and she knows exactly what to do to make us smile and forget her indiscretions.

*can we take a moment to discuss this dance routine? It’s very fluid and as the months have gone by she’s been putting steps together– sashay, spin annnd hands! We haven’t taught her a single move… except for the tap dancing. HILARIOUS. Hubby will stomp his feet and then a la Bill Cosby, yell, ‘Challenge!’ and Boog goes hard. Everything else, including that ‘drop it low’ move… that’s all her.* 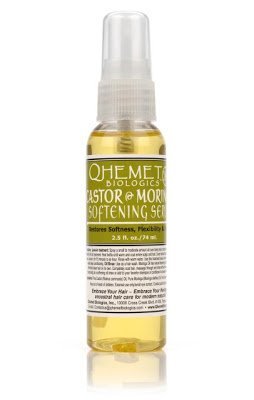 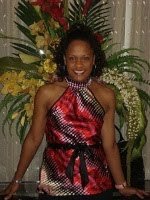