Say what you want about Iyanla Vanzant and what many consider her style of life coaching to be unconventional and exploitative; but, one thing she’s never wrong about is the hindrance unresolved traumas will have on your life. Case in point: Mickey “Memphitz” Wright.

When I saw the preview for Memphitz appearance on the show, I thought to myself: He’s about to act a damn fool. Thankfully, I was wrong…

Memphitz is known more for his romantic life and antics than career success. Until he mentioned he played a hand in discovering T. Pain and Nicki Minaj as an A&R Executive, I knew him as Toya Wright’s crazy ex-husband who taunted both she and his ex-girlfriend K. Michelle occasionally, the latter of which alleged him to be the second coming of Ike Turner. Crazy thing is, K. Michelle never uttered his name when she told her abuse story on Love & Hip Hop, Memphitz and friends outed himself, trying to defend himself, and all hell waged from then on. Public outbursts, twitter beefs, gag orders and other embarrassing moments soon followed like a domino effect and before long, Memphitz was a bitter divorcee and drug addict turned criminal. It was a messy and sad downfall. Little did I know his trouble and lack of control over his emotions and erratic behavior started long before, with the tragic murder of his father igniting it all.

In one of K. Michelle’s interviews with The Breakfast Club, she carelessly told the world that Memphitz’ dad was killed by the KKK. Her exact words were, “The KKK killed his daddy…” She went on to explain how not many people knew because Memphitz kept it secret, so it’s hard to understand why she felt it was her right to even tell it. It was said in such a lackadaisical tone that I dismissed it. But hearing the details of what happened on Saturday’s episode exposed how devastating it was. At 46, Mickey Wright Sr. was shot, body parts dismembered and scattered around neighboring junkyards in 2001. His family reported him missing and the truth wasn’t found until three long years later. His remains were sadly never recovered and a proper funeral wasn’t an option so the family settled on a memorial. The Klan member responsible is now serving life in prison. All of this took place when Memphitz was only 19. He left Memphis, TN for NYC to escape the pain, never revealing what happened to anyone. Having a parent taken because of racism and never being able to properly send him off is a lot heavier to process than your average loss, even having lost a sibling to senseless gun violence myself. Imagine what that said to him as a black man trying to navigate his own path moving forward. The weight of such a secret weighed heavily on him.

Memphitz was living full-speed in the entertainment industry when the memorial took place, and although he attended, he didn’t, however, attend the trial of his father’s killer. Never reconciling an ordeal so massive, no wonder he can’t handle things that others consider silly, such as public perception or loss of a job. We’ve all lost a “dream” job before. We pick ourselves back up and plot our comeback. But for Memphitz, losing anything is reminiscent of him losing his father. He admitted through tears that his career was a substitute for his father’s absence, feeling cheated he’s no longer here.

Even the roles he has played in relationships seem related to his unreconciled feelings about his dad’s murder. Both he and K. Michelle claim he “saved” her and gave her the dream of superstardom. I wonder if him acting as a savior is because he felt he couldn’t “save” his own father.

Regardless of his experiences, he had trouble accepting any responsibility. He, and his family, insists that his career standstill is because of K. Michelle’s allegations (later proven truthful to some extent). Iyanla pointed out that couldn’t be true, comparing it to Chris Brown and Rihanna, explaining although Brown’s personal persona was under heat, his career thrives. Why not the same for Memphitz? Simply put, he doesn’t casts blame elsewhere.

What was also interesting is that he comes from a supportive tribe of women. His mother, sister and cousin were present to help, but no men. According to them, Memphitz is hard headed and shuts men out, another example of fear of letting anyone else take his dad’s place. His sister even broke down on the show after years of suppression, showing how deep their loss manifests. 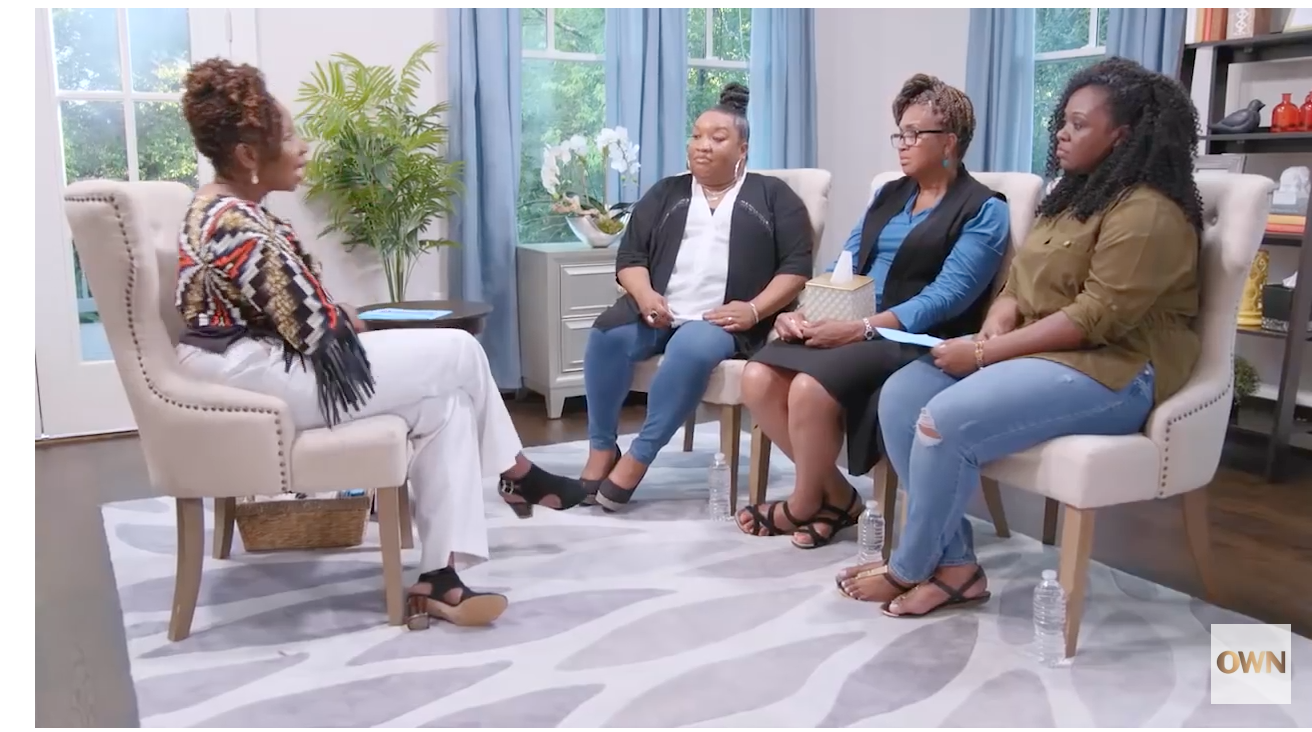 In the end, both Memphitz and his sister band together and allow themselves to release the hurt and start their grieving process. Iyanla offers Memphitz rehab, which he accepts. Unfortunately, it was revealed that he didn’t enter into treatment and as we all know, you can’t force someone to get clean from substances. It’s a personal choice, one that I hope he chooses soon to continue his healing process. We wish him the best.

Have you had to heal from past trauma?