From Hip Hop Artist to Activist: The Changing Face of Meek Mill

When the #FreeMeekMill campaign began, I was unbothered and uninterested. Considering the protests took place near my job, I was irritated at the inconvenience it would cause with traveling to and from work. Furthermore, I was perplexed as to why the entire city of Philly was in an uproar over his arrest and imprisonment. Philadelphia 76ers owner, Michael G. Rubin became a public champion and Meek’s song was even used as an introduction to the Eagle’s game during this year’s Super Bowl. Not being a huge fan of today’s hip hop, I knew very little of 31 year-old Meek Mill.

Aside from him being a rapper from my hometown, I knew what was reported in the media – he dated Nicki Minaj (who later defended his judge after he was sentenced), had beef with Drake, his squad jumped Minaj’s ex-beau and he’s had several run-ins with the law for what seemed to me like immature and stupid behavior. He has definitely acted carelessly at times. From my standpoint, Meek represented another rapper given an opportunity to transcend his rough upbringing, only to jeopardize that by doing everything to keep his street credibility. I was ignorant of his actual case and circumstances. That is until I read Rolling Stone’s feature on Meek’s case that detailed his 2008 arrest, the parole he was placed on post release, and the uphill battle he’s been facing at the hands of a seemingly crooked judge and unfair legal system that disproportionately affects Black and brown men.

No, Meek has not been an angel, but the amount of time he was given to live on probation made it almost impossible to stay out of prison.

In 2017, the Atlantic reported that Pennsylvania has the second highest rate in the country of people on probation or parole, with 44,000 of them in Philadelphia. According to recent Census statistics, 44% of the city’s population is black. 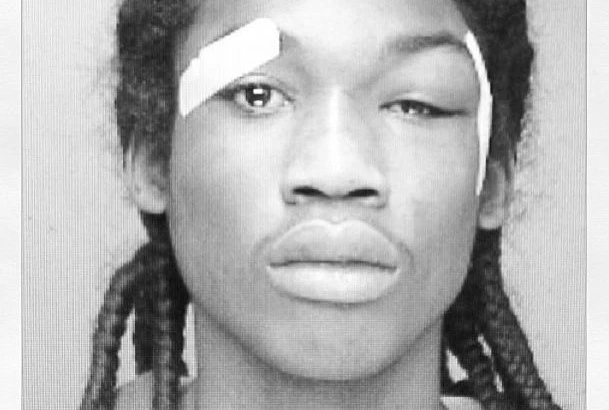 In an interview with Lester Holt on Dateline, Meek explained that he originally was sentenced to a maximum of 11 months in prison on a weapons charge, in which he allegedly pointed a gun at a police officer. He has always maintained his innocence, claiming that he was the one assaulted, and has the mugshot to prove it. Many would say that he got off easy, but 10 years probation should make them think otherwise. In Meek’s case, he was haunted with being punished for “technical violations,” which can include anything from missing curfew by a few minutes or lack of employment. A technical violation can equal extended parole or re-entry.


Meek has suffered from both. First came an eight-month prison term; then five years of added probation; then another five months added for violating those terms which totaled to almost another 10 years of probation, which he would go on to violate two additional times before he was arrested when video footage surfaced online of him doing stunts on a dirt bike in NYC. That resulted in the final arrest and 2-4 year sentence imposed on him that sparked the #FreeMeekMill campaigns.

Remy Ma has spoken about her experience dealing with probation and the importance of staying on a strict schedule to adhere to her parole, as she understands the consequences that come along with any infractions. Although his “violations” were minimal, I don’t believe that like Remy, Meek took his parole as serious as she did at all time. Unfortunately, it looks as if it took Meek this last stint in prison to truly understand the depth of his parole and the work he is responsible for.

I’ve long understood the loopholes in the criminal justice system as it pertains to men of color, but with more recent high profile cases like Meek’s, the call for prison reform and a change in release stipulation has been at an all time high. Now with him out of prison, he is on a press tour for prison reform. Prior to this situation, Meek had not aligned himself with any worthy causes, but this could really make a difference. Many are calling his passion for this project a gimmick, but considering he is still on parole I doubt that to be true. His celebrity has not given him a pass but has instead increased the amount of eyes on him. It can be assumed that the judge in this case made it her duty to make an example out of him, which has ultimately backfired. Now more than ever, the nation is watching not just this case, but also researching deeper into others.

From his interviews, it seems as if prison gave him the necessary time to reflect, analyze his circle and slow down a bit. Just this week alone, Meek has done in-depth interviews with CBS This Morning, The Angie Martinez Show and held a press conference. More are to come. Often times, it takes a public figure to encourage a call for action. I personally am rooting for him and am proud that he is using his platform for a greater good. I’m #TeamMeek and personally apologize for writing him off in the beginning, without knowing the full story.

Meek Mill on CBS This Morning speaking to Gayle King
********
How do you feel about Meek Mill speaking out about prison reform?