The movement has been in the works for some time, founded last year by Kenyette Barnes and Oronike Odeleye, who grew tired of the mounting evidence against Kelly with no resulting consequences. But it wasn’t until DuVernay and co. pledged their support that Kelly’s career started to suffer. Kelly, normally quiet and ignoring the spectacle, has begun to speak out on his social media, crying that he is being tarnished and punished for public consumption over “rumors” he claims, have no merit.

The allegations are nothing new. The Chicago Tribune and Chicago Sun-Times have extensively reported on Kelly’s indiscretions. BuzzFeed produced an extensive investigative piece about an alleged sex cult where he has control over young women in his Atlanta estate, some of whom he has “mentored” since their early teenage years. There was the infamous interview with journalist Toure where Kelly asked to have the term “teenage” defined after being asked if he liked teenage girls. He recently ended a relationship with a woman 30 years his junior, whom he allegedly began dating when she was 19. And let’s not forget that he gave himself the nickname “The Pied Piper of R&B,” which he borrowed from the story of a cartoon character who lured young children away.

Even a recently released documentary brings new revelations to his attraction and manipulation of younger girls. It’s surprising I found the film as it has not yet been released in the US, attesting to how much star power Kelly has, and the level of support he has behind him from the gatekeepers in the music industry.

Then there’s the R. Kelly and Aaliyah situation. Industry insiders have long attempted to paint a picture of a then 27 year-old Kelly marrying a 15 year-old Aaliyah as a couple so in love that marriage was the only way they could be together. Some have even compared their union to those that occurred “back in the day” where younger girls married older men. Yet few will call it what it actually was…sick, illegal and predatory. 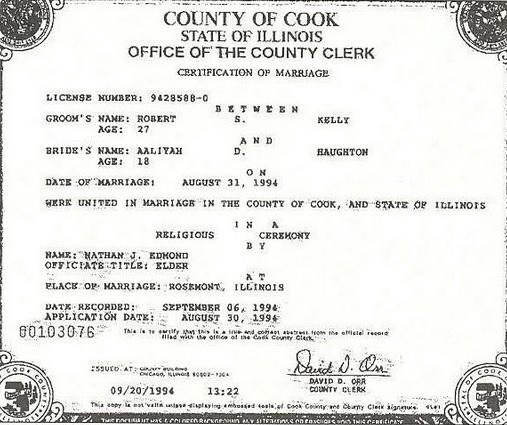 People tend to forget that in the olden days, women and girls were married off, having little to no rights in choosing their husbands. They instead left homes as their parents could no longer afford to care for them, and in many cases were given away for what seemed to be a better life. These were not cases of enchanted love.

Whether Kelly and Aaliyah “loved” each other, we will never know. Aaliyah is not here to tell her story and she nor her family have ever spoken about the marriage. The marriage was later annulled by her parents and the family and record label cut off all ties with Kelly immediately following. Kelly obviously knew it would be deemed immoral, considering they lied about Aaliyah’s age on the marriage certificate and listed her as 18. Making matters worse, there were witnesses at the wedding, with his former road manager admitting to being present in the documentary, despite knowing Aaliyah’s age (the conversation starts around the 23:00 mark) 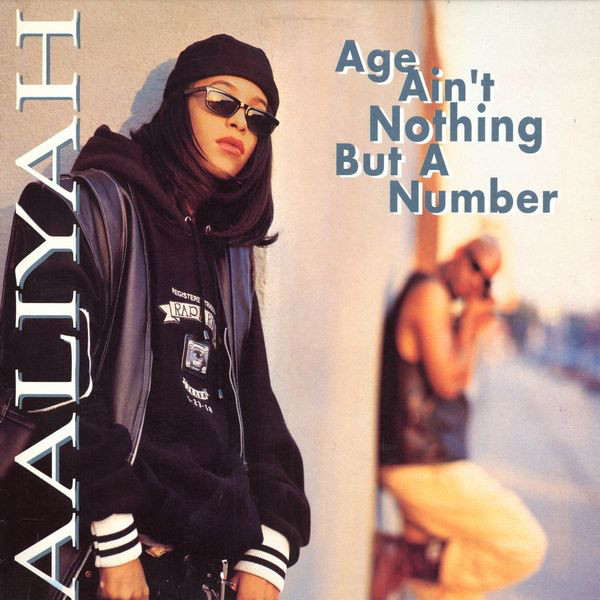 What is known is that a 15 year-old’s brain nor experiences are equal to that of a 27 year-old man. Furthermore, it seemed as if Kelly had his eye on the starlet from the beginning. The name of the album and leading single he wrote and produced was “Age Ain’t Nothing But A Number” and the album cover featured a shadow of Kelly lurking behind the songstress. Even in early interviews with the two, they played their relationship down and beamed about how they loved each other as best friends. Journalists even played into their “relationship” with an interviewer asking a 15-year-old girl whether or not she was dating an almost 30 year-old man while smiling and laughing. The level of normalcy this was given is baffling.

It’s disgusting that this has been able to go on for as long as it has. I get extremely uncomfortable anytime I hear his music. It’s hard for me to separate the man from the artist, especially when his music aligns as closely with what’s alleged, with consistent sexual lyrics and undertones. Though I’m not surprised, as I have written about how we are utterly loyal to the black man, not wanting to “bring him down,” especially a successful one in this “white man’s world.” No one can deny what he has contributed to music; however, that doesn’t make him exempt. Allegations aren’t made repeatedly without reason. It’s time to take this seriously as he’s already been acquitted once. It’s time to #MuteRKelly.

What are your thoughts on muting R. Kelly?