White Hollywood is apparently enraged with their employer, 21st Century FOX, over FOX News coverage of #45’s controversial border policies, which over the past few weeks have held immigrant children separated from their families and detained in unfamiliar (and horrible) territory. If you’re not familiar with 21st Century FOX as a company, it is Rupert Murdoch’s parent company of all FOX run content, including 20th Century FOX, FOX Sports, FOX Television Stations and of course FOX News – home to FOX & Friends and any other right-wing panel style show in which white journalists give their take on politics, social issues and entertainment that skews towards prejudice and racist commentary on any minority group. Not that FOX News has never done this before, they are known for it; but, I guess seeing images and videos of young children held in monstrous conditions was too much for the world, and white society, to take in.
Continue

Seth MacFarlane, Judd Apatow and other big time Hollywood hotshots have called for a boycott of FOX News and Murdoch as a result of their continuous coverage and support of the Donald in reference to his stance on immigration. I agree that it’s time for serious action to be taken against FOX News, but at the same time, am disappointed that it took this instance to cause such outrage as over the past few years alone, we have witnessed FOX demean the Obama family, call into question the relevance of the Black Lives Matter Movement, degrade the LGBTQAI community and support George Zimmerman in his self-defense claim in the murder of Trayvon Martin.

There’s no doubt that FOX News is racist, but they are the only subsidiary that’s as bold with their beliefs. The larger issue is the underlying use of minorities across all of FOX platforms and the immediate need to hold them accountable for racist practices generally. FOX has built their programming off of the backs of black talent and a black audience; but, when ratings were high enough and major advertising dollars came into play, they jumped ship. Let’s take a stroll down memory lane for a quick refresher. 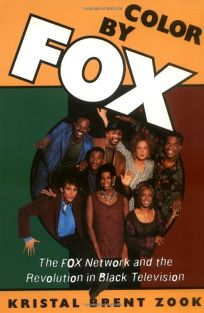 In her book Color By Fox, author Kristal Brent Zook examines how FOX Television found its niche by producing and airing black TV shows after network executives extensive research revealed that African-American viewers were a major makeup of the TV audience, thus positioning themselves as “urban” with an attempt to establish their network as hip and different. Beginning with Keenan Ivory Wayans’s In Living Color in 1990, FOX quickly aligned themselves with shows featuring full black casts. Living Single, Martin and New York Undercover were major ratings draws for the network and brought in large sums of money. The issue: black writers’ and producers’ efforts to include race-relevant issues in storylines were often stymied by white executives who prefered straightforwardness that appealed to both whites and blacks. It caused friction between talent and seniority, and we all know what happens when black folk decide to speak up at work. Shows featuring more white casts, such as Ally McBeal, were given better budgets, marketing and promotions and soon enough, our shows dissolved and were not even given proper story closings and character development (just watch Season 5 of Living Single). 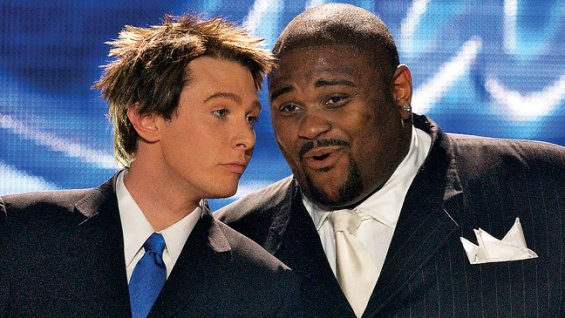 Over the next decade plus, FOX struggled to achieve similar success as they had in the 90s. In the absence of diverse content, FOX ran subpar tv and competition shows like Masterchef and American Idol. But even with Idol producing some of the best talent, black and white, the music industry has ever seen, the way in which they advertised their black contestants versus their white counterparts was showing. Remember Fantasia was marketed as a rags to riches tale as an unwed teenage mother with minimal education? And, Ruben Studdard was a fluffy, church going soul food eater from the deep south and an unlikely star who just so happened to have a nice voice? All the while, their competition like Diana Degarmo was marketed as the girl next door with a sweet voice (although the judges preferred Fantasia) and Clay Aiken as the phenomenon compared to Ruben who America swore would win. Regardless, both Fantasia and Ruben turned out to be the bigger stars with more longevity.

Despite millions on rebranding and turnover of new hosts, Idol eventually died, along with other FOX shows who couldn’t sustain an audience. Outside of sports, FOX needed a push. Enter Empire and the network was revitalized. Once again, blacks saved the day. Now with Empire, Star and before it was cancelled, Rosewood, starring Morris Chestnut, FOX is once again a major competitor and black folks are once again tuned in.

Guys, we have to emerge from this sunken place. Because even while we are “winning” on these shows, we are still mistreated behind the scenes by the same execs we generate billions for. Star’s Ryan Destiny and Empire’s Jussie Smollett have spoken openly about being confined to their television contracts for 9-10 months out of the year, unable to release any original music, perform the show’s music outside of their characters or tour to make a name for themselves outside of their shows. And, the storylines are tired: sex, abuse, promiscuity, family discord etc…all of which plague the black community and give off a marginalized representation of who we are.

So as you can see, FOX ain’t new to this, they’ve been true to it. It’s just that FOX News takes the fall while the masters behind the madness continue to work us like puppets. It’s time for 21st Century FOX as a whole to be held accountable.
Do you feel it’s time to boycott the whole Fox umbrella?