My friend used her marriage to feel superior to the women around her. 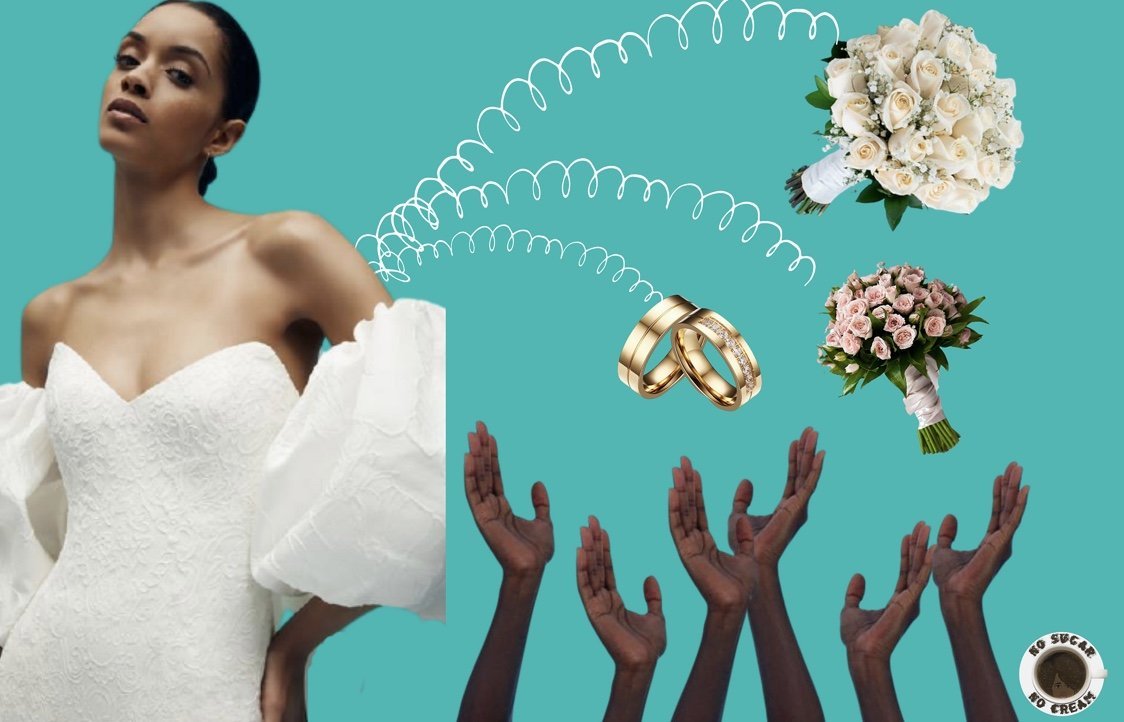 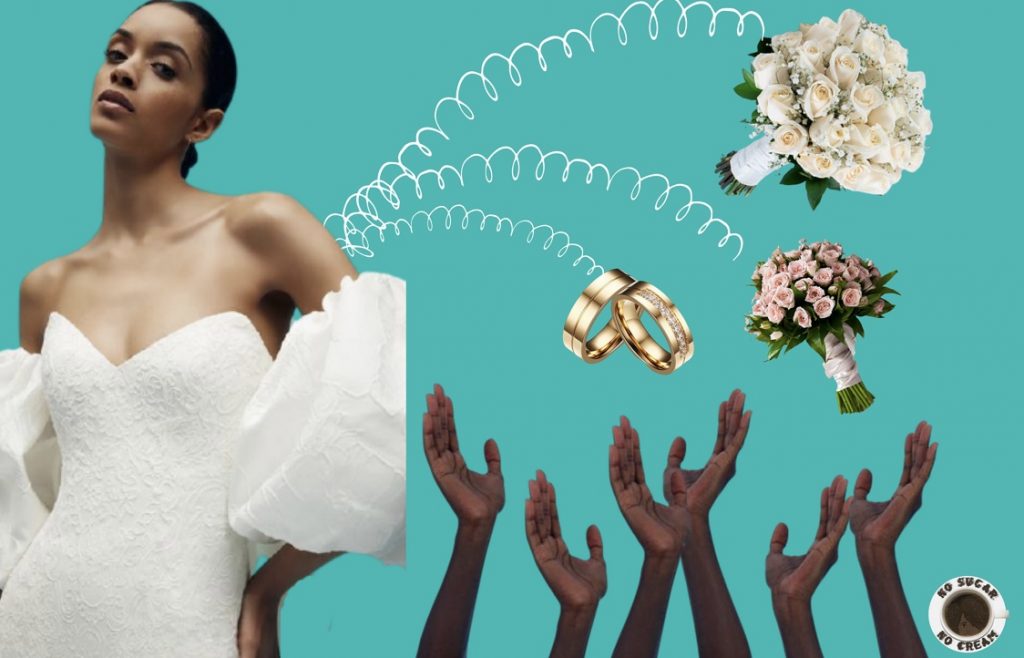 My friend used her marriage to feel superior to the women around her.

Natalie reflects on the ways in which her friend used her marriage to feel superior in her relationships with the women around her. We also discuss the problem with placing worth in a relationship.

NSNC: Has it been one person you’ve experienced married mean girl behavior with?

I’ll start off with my older friend Lisa.

When I was in my early twenties, I moved back home to New York and reunited with my junior high school crush. We got to know each other but I was also talking to another older guy who was established and had his shit together. But he was a commitment phobe so that didn’t work out.

Anyway, at that time, my married friend was saying, ‘You need to be dating with a purpose and with intention.’ All these high purity level, religious concept thinking or whatever. And I really bought into that.

My friend was married at 23. She’d been dating her husband since she was 17 and he was 22.

Natalie: I’ll just speak for my Caribbean community in New York. I feel like once you’re a part of an ethnic enclave, the age doesn’t matter. But in today’s climate, it’s like yikes.

Editor’s note: the legal age of consent in New York City is 17.

Lisa and her husband were the “it” power couple in our community. If I had any dating issues, I would talk to them. And I thought their advice was needed. Now, that I’m older, I realize I really should have been having fun and my dating life was nobody’s business.

NSNC: Why did you think you needed to be seeking advice from her?

Natalie: Now that I’m living with my boyfriend and have been with him three years, I realize there’s nothing wrong with me. Commitment isn’t a me issue. It’s the man’s issue. And growing up in college with movies like He’s Just Not That Into You and Think Like A Man, I thought there had to be something wrong with me.

After college, I lost 30 pounds. And with that weight loss, I started dressing in a more attractive fashion. A little skin. A little back out. But my wardrobe changes really caused me to think there’s something about me that men are not resonating with. My friend was really attractive, killing it in her career, dresses to the nines. She’s that girl. Often, if we want something that somebody else has, we wonder how did she get this? What did she do? So that’s why I sought her advice. But that would often combust in my face.

And my friend would confirm my feelings saying things like, ‘You don’t respect your worth because you’re dealing with him.’

I hate that message of you don’t know your worth, you’re settling. I feel like it’s deeper than that. Wanting to make a relationship work is normal. Wanting commitment is normal.

NSNC: How would you say Lisa lorded her marital status over you?

Natalie: I remember when she was pregnant with her first child and some girl was writing on my ex’s wall and it was getting to me. I tried to talk to him about it, he shut down. So I called her. And I get pregnancy hormones and what not but she was so nasty to me.

She said ‘Look at me, I’m pregnant,’ insinuating that I should be married already, I could have had a kid already. I should have done this already. She made sure to tell me that her husband was doing all of these amazing things and he’s going to be a great father. The way she spoke to me, her tone– it really broke my spirit. Like, I cried.

Then, in a group text–this was the f*cking kicker– She sends an article about How To Make A Man Commit To You, as though it’s magic. Then she wrote, ‘For our single sisters who aren’t getting it.’

I was so broken but nobody had my back for real. We all grew up in the same community and so my cousins were like, ‘Well, she has a point.’

My friends who are in relationships that aren’t the best for them, I just let them ride their shit out. People have to learn on their own. And not on some negative stuff. But like Erykah Badu said, ‘You’ll know when you’re done.’ The human spirit knows when you’re done. I think you’re doing a disservice if you try to speed up somebody’s learning process. I think things are divinely orchestrated and planned. Maybe I would be married and have a kid right now. But I really do appreciate the fact that I don’t have a partner who is like, ‘You need to be home at a certain time. You need to be washing my clothes.’

NSNC: Right, married to who?

Natalie: Right. I think I’ve arrived to my destination on time. But her tone. She was just so condescending. We’re cool now. I feel for her because she’s going through a divorce now.

Her nigga is with a woman who doesn’t even have a GED and is nowhere near as attractive as her.

So, this whole notion that you got to be a “bad bitch” and you got to be exercising until you die. It don’t matter because these men…

NSNC: …they gon do what they wanna do, period.

Natalie: But her words really broke me. And because she was pregnant everyone made excuses for her. Being pregnant doesn’t mean you have to speak nasty to people. I don’t buy that shit.

It’s always this attitude of–very Tamar-ish, ‘Let me tell you what this man is doing for me.’

Now, when people ask me for advice, I say, ‘I see it from this side. I see it from that side. But you know your shit better than I do.’ I’m not like, ‘Hanh! Let me tell you about my man!’

NSNC: You said that you’re still friends with her. How were you able to get past that incident in your mind?

Natalie: So, I look at my situation from all angles. I was in love with my ex. But I know he was on some fuck shit. And I know my friend shouldn’t have been talking to me this way. I’m not going to lie to you, Veronica. We didn’t talk until after her baby was born. I just talked about it with my mom, my cousin…

NSNC: What did your mom say?

Natalie: Girl, so my mom was like, ‘I keep tellin you stop telling people ya business cuz you don’t know wha goin on wid people relationships. I’m tellin you, people don’t even know where they man stay but want to boast up in your face.’ She was going off.

NSNC: Girl, she called it.

Natalie: She was like, this is not even about my ex. This is good life practice. Stop oversharing. And I was like, that is true. I know for me, if people share things, I’m going to handle them with care and confidentiality. But I had to really learn that other people don’t do that for you. That was really hard for me.

My mom also told me that there are friends who mean well but they say it in an aggressive and nasty way. Not that it makes it right.

NSNC: Trying to shame you into doing right.

Natalie: Exactly. That’s what my mom put me on.

NSNC: Was there something she provided as a friend that discouraged you from throwing that relationship away?

Natalie: I think as a friend, she does have a good heart. But our families are so interconnected. I did come back later and apologize for reacting that way and not speaking to her for months. She didn’t apologize or do anything, if I’m being honest.

I think that’s something I do struggle with. I feel like I always have to be the bigger person. And as I’ve been getting older, I’m like eff it.

NSNC: Because you didn’t do anything wrong in that situation.

Natalie: And that’s what I was trying to explain to her. She told me that she spoke about my situation with another friend and that woman told her, ‘You’ve been with the same person since you were 17. You don’t know what it’s like to date now. You don’t know how hard it is to navigate certain situations.’

But this is not just a Natalie issue. She disinvited one of my friends from her wedding because the girl’s boyfriend didn’t propose to her the way she wanted.

Lisa stopped talking to another friend, Eva, because she decided to start dating a man she knew, who was going through a separation. Eva didn’t cause it. The wife knew what it was and she was cool with them dating, had her co-parenting and everything. But Lisa and Eva fell out.

And Eva told her, you’re so overbearing. You don’t allow people to live their life.

Now, the stuff that’s coming out about her marriage is crazy.

NSNC: Looking back do you think all of the things she said to you all about relationships was a projection of her marriage not being what she thought it was.

Natalie: Mmhmm. Now that we all know that we know, it absolutely was that. I do think she may have been jealous that we could leave these partners and get better.

Natalie: But in our culture, even though she’s very Americanized, people don’t get divorced. People look down at my mother for being divorced and I always have to clapback at my cousins like well at least my mother is not hiding passports from her husband. Can you imagine living like that in your seventies?

My aunt saw my mother at a funeral and said, ‘How ya skin look so nice? How ya look so?’ And mommy was like, ‘Because I don’t have man problems.’

NSNC: Your friend is like a lot of women. She probably was okay living miserable as long as she was married.

Natalie: That is so, so true.

NSNC: What has she said about her divorce?

Natalie: Lisa is still on social media acting like they’re married. My cousin is living with her in-laws, that’s how we even know she’s getting a divorce. Her husband is flouncing around with the new lady. They’re in the middle of divorce proceedings and he’s living with the new lady and her two kids.

NSNC: Jesus. She’s still trying to hold it up.

Natalie: They took family photos for their son’s birthday and she posts those photos, taking selfies with the husband and the baby. Her husband–he never had an Instagram when they were married but now that he’s with someone else, he has an Instagram page. So I don’t know how long she’s going to be able to keep up these charades.

Natalie: I really do pray for her because even though she was so nasty to me–I saw my mom go through a depression when my parents were going through a divorce.

NSNC: Why do you think women place so much value in being married even if the marriage is terrible?

Natalie: I think it’s the way we are socialized. Especially in the Caribbean community. This is going to sound really messed up but I feel like my friends who married in their twenties, a lot of them haven’t had a lot of rich life experiences and because of that they become codependent on the title of being a wife and what that means and entails.

* All names have been changed 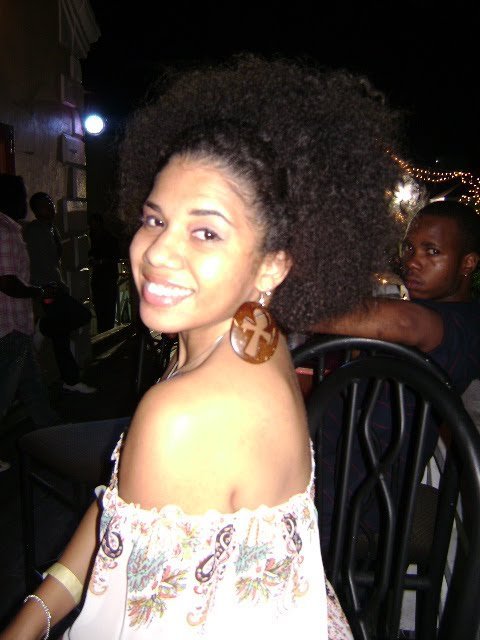 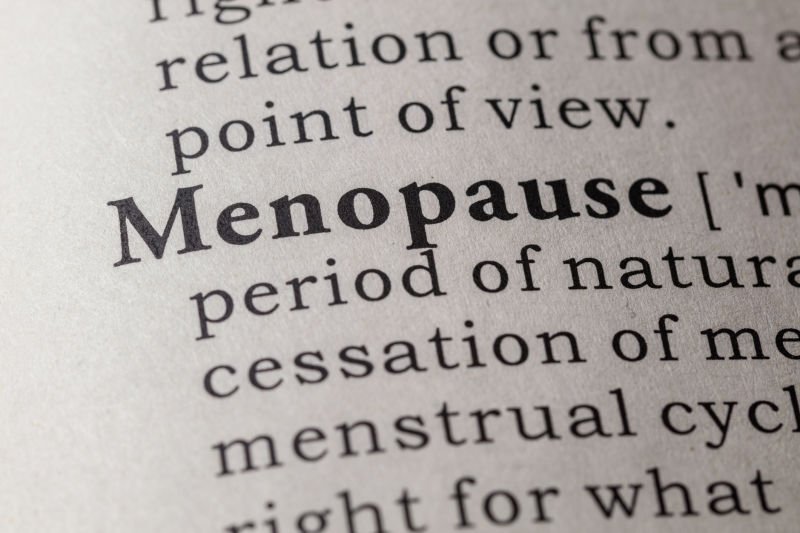