What I Said To My White, Male Coworker Who Asked If My Black Hair Was Dirty

By curlynikkiApril 5th, 2021No Comments 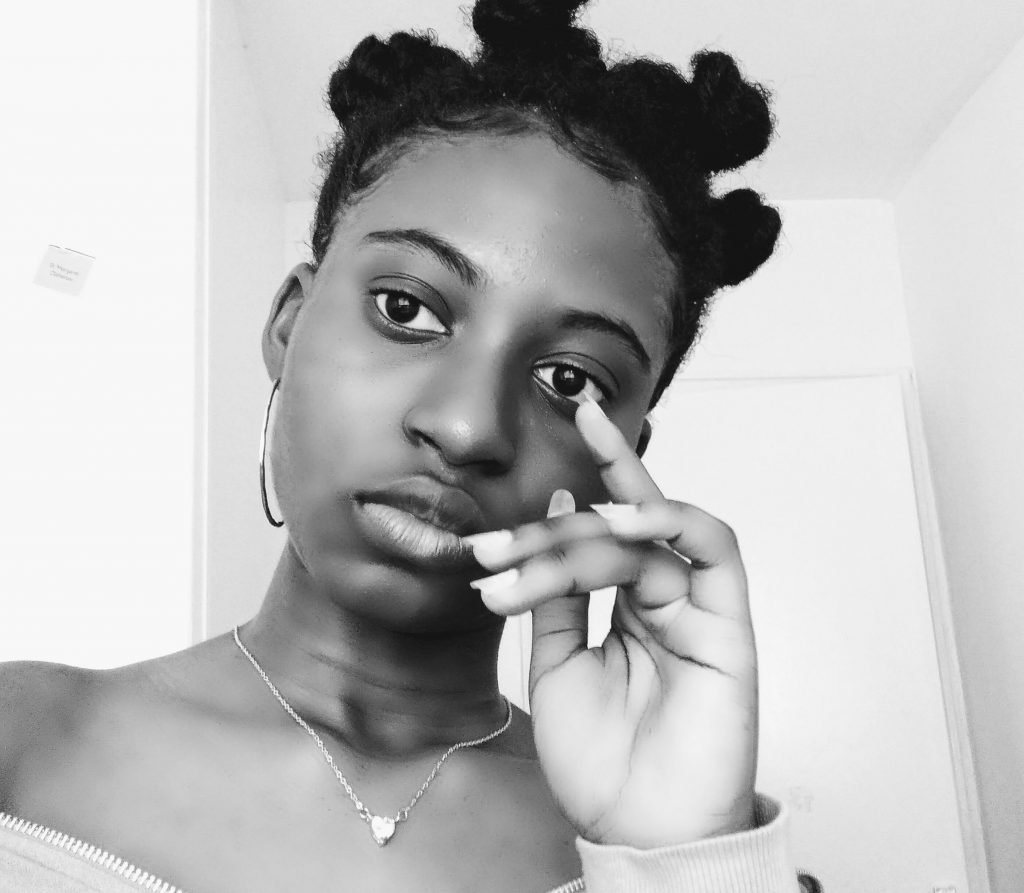 What I Said To My White, Male Coworker Who Asked If My Black Hair Was Dirty

As told to Veronica Wells-Puoane NoSugarNoCreamMag.com

I’m always trying to be diplomatic in these racial situations, especially when they happen at work because I like my job and also my reputation is me. So I don’t want to be seen as some “crazy Black person” but this may be the third or fourth conversation that struck me as odd over the last year, I would say. This one particularly because this individual, we’ve had several drinks together, we work together, I know who he is. I would consider this person an associate. But I think that false comfort allowed him to say something that he shouldn’t have said.

So I jumped on the call (video conference) and he was on the call with another lady, a White lady. And they’re both nice people, whatever.

And he said, ‘You know D., you’ve had a hat on in your meetings all week and I’m just wondering like, why? Is your hair dirty?’

Initially, in my mind I was just like malfunctioning. What???

Then I caught myself and I said, ‘No, it’s not dirty. It’s in a protective style. You’ve been on calls with me from last week until now and I’m sure you noticed that I had my hair in Bantu knots. I’m Black–and you clearly know that just by looking at me–But as a part of the Black culture, Bantu knots are a protective style. On the contrary my hair is actually clean and it’s up and clean because I’m not trying to have my hair be dry.’

I felt like I had to go through this process of the teaching which we have to do all the time. Because I don’t have the time for you to go to Google right now and potentially find something stupid written by someone who knows nothing. Let me just take these 30 seconds and give you some knowledge. It’s a process when you have Black hair. It doesn’t get oily like White hair does. You’ve got to wash it, you’ve got to oil it. You’ve got to tie it down. You’ve got to do certain things.

So I’m walking through this process with him and his response was like, ‘You know, as a White man, I would never have known that much work goes into getting Black hair done.’

Literally, right before our meeting we took 7-10 minutes talking about Black hair care because he thought it was okay to ask this question.

Initially, when he said it to me, the red flags were raised in my mind but I am aware of the ignorance. So I was like let me just break this down because this lady was on the call as well. She’s a woman so I said let me go a little bit further and give some knowledge. I’m not going to act crazy on this call because you want to be stupid.

So when we wrapped it up and ended the meeting, I spoke to your sister after and I was telling her, ‘It’s crazy what just happened.’ And she said, ‘The comfort level that is there that he thought he could say that to you is something that needs to be addressed.’

And I’m listening to her and I’m like you know what? That’s so true. Now, he thinks if I didn’t correct him, based on what he said, that it could be acceptable to say that to somebody else. And while I might not act out, somebody else will and it will not be nice.

NSNC: Because the assumption that it’s dirty is what gags me. He could easily ask why have you been wearing a hat? But why would he assume your hair is dirty?

So I asked him that. I called him back.

And I said, ‘I want to go back to the conversation that we had earlier.’ I said, ‘I’m truly never one to take things offensively off the cuff because I understand human beings and I understand human error and I’m not perfect so I could say something that could be offensive to someone.’ But I said, ‘You have a certain level of ignorance that you could just say things and think it doesn’t have an impact. You would never ask a White person, a Spanish person why their hair looked dirty. It’s inappropriate. Also, you should never make comments on someone’s appearance in the work place. That can get you in trouble with a quickness.

It’s one thing to say these things to me because you think you and I have a relationship but I don’t want you to think that it’s okay to then go outside and say that to somebody else. That will get you caught up in a whole bunch of stuff. That’s like people who say I have Black friends and they allow me to say the N word. No! You say that with your group of friends and that’s okay but then you say that in the streets and you get fucked up. You have to be conscious the things that you’re saying.’

I don’t say everything I want to say because I see dirty hair all day. But I keep it to myself. Okay?! And I don’t tell you anything about that because it’s inappropriate and it’s wrong. It’s none of your business.

We work where we work but it’s embedded. People want to touch your hair, they want to talk about your hair. To be working at one of the ‘so-called’ most inclusive places, the people that work there still have to work on themselves.

It’s the little things. People sometimes think it’s these huge over-arching initiatives that make a difference but it’s like, it’s base-building things like, Keep the negative thoughts you might have in your head to yourself.

Yes! I was over it. I told him you don’t want to take the time to find out. But I told him, ‘The thing about Black people, we’ve spent our whole lives researching everybody else and figuring out how we traverse that. You’ve never had to do that. So you don’t have to worry about learning about my culture. Cultural differences are cultural differences and it’s up to everybody to respect that. And if you’re not going to take the time to find out about me, while I’m doing so much research trying to find out how I fit in this society, I’m always going to be at a disadvantage because you’re not working as hard as I am.

NSNC: Girl, what did he say?

He just sat there and nodded his head the whole time. He said, ‘I don’t want you to think I’m going outside and saying these off the cuff things to people because that’s not the case.’ Then he started stuttering, ‘I..I..I would never.’

He was malfunctioning because people don’t say those things to him.

Then he said, ‘If that was offensive, I’m sorry. That was not my intent.’

And I said, ‘Just as long as you know that this is not something that is acceptable to do moving forward.’