When Outside Opens Up, I’m Still Gon Be Choosy

By Jacqueline SamarooApril 20th, 2021No Comments 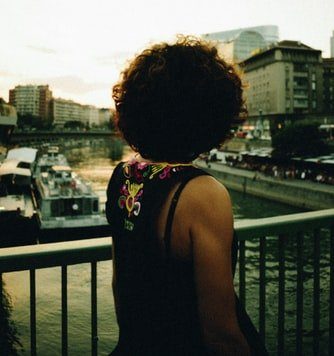 When Outside Opens Up, I’m Still Gon Be Choosy

Black people are truly special. And in the midst of this pandemic, it’s been our humor that has lightened the load of some of this. But levity is not my forte. I have a tendency to take things too seriously and look for the deeper meaning behind the joke.

And since the spread of the coronavirus became something the nation took seriously and people found themselves quarantined in their homes, I’ve seen jokes and memes of people discussing all the things they’ll do when “outside open back up.”

While we’re in the midst of this isolation, these memes are funny as hell. Having the option of being able to move about freely taken away from you is stifling, oppressive, frustrating, and depressing to say the least. I’ve personally been going through it.

And as much as I can’t wait to get back out into the world, I’m not going to allow my current desperation cause me to say yes to any and every invitation.

To some extent, I’ve already done that. Two weeks after I graduated college, I moved to New York City to start an internship with MSNBC. I was in my early twenties, excited to be in a big city and anxious to be out, often by any means necessary. If there’s one thing I can say about New York City summers, it’s that they’re seductive. The temperature stays warm well into the night, you can walk almost anywhere and there is more than enough to do. And during my first few summers here, I did. I went to networking events, festivals, brunches, concerts. museums, movies, plays, parades, clubs, day parties, reality show reunion tapings, etc.

Now, don’t let me give you the wrong impression. I’m an introvert who keeps mostly to myself. But I will also admit that the pressure to be out, seeing, exploring and doing got to me. And there were more than enough times when I left the house feeling like the world would pass me by if I stayed inside. And instead of returning home pleasantly spent from the day’s happenings, the older I got, the more I realized I didn’t enjoy all these events that I attended.

New York is a city known for its authenticity. But it’s also a place for climbers. And while we should all be striving for better, there is a culture of pretenders here, particularly in media. You’ll know them by the way they converse with you. They’re talking to you but steadily searching the room for a more interesting, more accomplished person to engage. They have jobs but ultimately you’ll learn that they’re more invested in titles, Instagram followers, and knowing the right people than doing any type of work.

There are people who leave the house for the sole purpose of finding a man. And the entire day or evening is a bust if love doesn’t appear to be on the horizon. It’s a lot of pressure to place on an evening and an incredibly boring topic of conversation even when I was single as a dollar bill.

Coming home from those types of events, with those type of people, you realize you might have enjoyed yourself more reading, watching tv at the crib, or being out but not among the wrong crowd.

I learned a long time ago not to invest good time and positive energy into spaces and people that don’t nourish and uplift you. And it’s a lesson and practice that has protected me from a lot of discontentment, burn out, and bad energy over the years. I’m a more peaceful and joyous person because of it.

So, when outside opens up…

I doubt it will be exactly what we once knew. But when it does, I want to go to the movies with my sister, sit outside and have brunch with my college friends, walk through the botanical gardens with my husband before catching some obscure concert, or sun myself on a park bench after a long walk without a face mask.

I hope that when outside opens back up, we remember that it is a luxury, a true gift. And I hope we use that time of connection wisely.