By Jacqueline SamarooJuly 1st, 2021No Comments 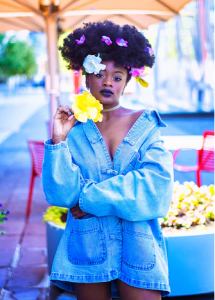 Photo by Calvin Lupiya on Unsplash

Mistress Marley: I pretty much stumbled upon this work. I am originally from North Carolina. I live in New York now; but back in North Carolina, I dabbled in sex work here and there by stripping. I was a sugar baby at one point. And when I moved to New York, I kind of fell into this work by hearing about it around me. There was a time when I was down and out, didn’t have any money. I had just graduated from grad school and could not find the corporate job that I needed. And I was just Googling, ‘How to make money online as a woman.’ As I’m going through different page results on Google, that’s when I saw findom. Financial domination. And ever since then, the rest has kind of been history.

VWP: Explain to us what financial domination is?

VWP: How did you go about obtaining clients? It’s one thing to see that this is something that exists but how do you make it work?

Mistress Marley: For me, I ended up on Twitter. When you go on Twitter and type findom in the search bar, you’ll see this whole separate world that a lot of people don’t even know exists. I really just winged it, like everybody else. You make a page. You take pictures. You make content. You make videos of you maybe telling submissives to hand over their money. A lot of findoms will go out to eat and they’ll take a picture of their receipt and say, ‘Reimburse what I spent.’ It started off by doing small things like that.

Within my first two weeks of findom, I got my first anonymous tribute. A tribute is basically a gift a sub gives you, just for you existing. It could range from $10 to $1000. It could be anonymous. Or they could tell you ‘Hey, I sent this.’ Majority of the time, in findom, the whole psychological thing is about sending money anonymously to us doms and us never knowing who sent it but knowing that someone is paying for us to exist.

VWP: I notice that there’s a racial dynamic in your work and I know you went viral because you were seen walking this white guy on a leash. Are most of your clients or subs white men?

Mistress Marley: Yes, 99 percent of my clients are white men and they range from the college student to the CEO, to the tech person, to the guy on Wall Street, to the everyday construction worker. It really just varies. Since 99 percent of my clients are white men, I do a lot of reparations within my work. Every tribute I get from a white client, white sub or white admirer, I consider it reparations for me existing as a Black woman and for being so great at being a Black woman. I really encourage—when I’m teaching courses to other Black women— ‘Get what you’re due from these clients. Don’t let these clients walk all over you. You call the shots. You tell them what you need in life. You tell them why they’re there to serve you.’ I’m very big on reparations in my work.

VWP: What is it that you think white men get from submitting to a Black woman? Is it atonement for them? Is it a chance for them not to be as powerful as they are in regular society? What do you think that is for them?

Mistress Marley: I think men in general submit to dominatrix because a lot of these men are used to being in power in their everyday life and even if they’re just stripped from that power for an hour, they love that. But I also think, digging further into it with Black women, for a lot of these white men, it’s either a.) a fantasy b.) something that’s seen as taboo or c.) it gives them a thrill because of a lot of their friends or family knew that they were kneeling to Black women or giving their money over to Black women, a lot of people wouldn’t be cool with that. It would be strange.

So I want to say it’s fantasy. A lot of my clients or potential clients will say, ‘I dream about serving a Black woman.’ ‘Black women are just superior. I’m inferior to them.’ ‘Black women are so beautiful. They’re skin is amazing. They look amazing.’ They just really like to hype us up, rightfully so. It’s fantasy, something that they’re doing that’s not in their norm.

Every tribute I get from a white client, white sub or white admirer, I consider it reparations for me existing as a Black woman.

VWP: Does your work ever impact you mentally or psychologically? Do you ever feel like you’re a fetish for these men?

Mistress Marley: For me personally, I’ve never seen myself as a fetish for white men only because when I was stripping, when I was a sugar baby, I was used to dealing with white men, being spoiled by white men. Also I know I’m beautiful so I know men of all races are attracted to me, that’s just me being transparent.

But there are instances where I do get messages or DMs that say, ‘Hey, I want you to dominate me because you’re a Black woman and I know Black women are mean.’

VWP: Do you have a personal preference for the men that you engage with outside of your work? Do you prefer white men or do you not have a preference?

VWP: What do you get from dominating white men? How do you feel when you’re in those sessions, when you’re telling white men what to do, when you get money from a white man, what does that feel like for you?

And the fact that they can come to me, talk to me, vent about it, get their ass whooped a little bit and pay me money, it’s a win-win for everybody.

VWP: Tell me how you decided to go into teaching? Why was that important that you offer your classes specifically to other Black women?

Mistress Marley: I went into teaching because when I started out in findom, I had no help. All I had was Google. Google is not always accurate. Most of the articles were written by people who thought they knew what findom was but never were actually findoms.

I said this is not it. It’s not a positive space. We need community. So I asked myself what can I do to make sure that no other Black woman goes through this? That’s when I decided to first create a Facebook group called Black Domme Sorority. At first it was just me and my friends who were into findom. Then, the next thing I knew, it grew to 1,000 members. Now we’re off Facebook and more of an exclusive group of 100 members. We’ve been around since July 2019. Our two-year anniversary is next month. I created that organization for us like a sisterhood, a family, a bond. We do events, we’re doing the Defend Black Women March in DC. We do a lot of community outreach.

Then I also said, what can I do to make my teaching accessible to people who might not want to commit to an organization because some people are private. So that’s when I created the Sexcademy on Patreon and it’s literally $5 a month and it’s a place where you can learn from me.

What can I do to make sure that no other Black woman goes through this?

People see it as, ‘Oh, they’re just using their body to get what they want.’ Or ‘They’re just logging on to OnlyFans.’ It’s way more than that. Sex work can be very mentally and emotionally trying, especially for people just coming out. You see so many comments from people who think that just because they’ve seen your body or seen your work that they have access to you. We have to deal with clients hitting us up at four or five in the morning hitting us up like we don’t sleep or we aren’t normal people.

This work took away my anxiety and it became healing work in the sense that I have stepped into a power that I never really saw before. I always knew that I was confident person growing up. But now it’s like—not even confidence in the sense of arrogance. When I walk in the room, it’s me. I’m here. Where it used to be, ‘I don’t really want anyone to look at me. But if somebody happens to, I’m here.

Now, it’s like I’m here. I call the shots. Even when I have conversations now with media, clients, people in general, I’m confident. I’m out there.

It’s been healing work in the sense of I wake up in the morning and I know my purpose. Whereas with my 9-5, I felt like a robot, just doing the same thing all the time.

Also, when I got on dates, I tell people what I do and it helps me eliminate. This is what I do. This is who I am, either you accept it or move on. And for the most part, it’s been fine. I haven’t gotten a lot of men who just move on.