Black Feminist: When You Tell A Hotep You’re A Feminist

By Jacqueline SamarooJune 10th, 2021No Comments 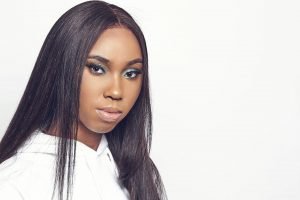 Image by Dellon Thomas from Pixabay

Black Feminist: When You Tell A Hotep You’re A Feminist

You have to be careful who you smile at in the street–especially when you’re in New York City about to board the train. Interact with the wrong person and you can be stuck talking to an over-eager stranger for the next thirty minutes.

And that’s exactly what happened to me earlier this week. I had just come from the beauty shop, getting my locs retwisted and I stopped by 7-11 to get a snack for the long journey home. (Pro Tip: mixing white cheddar popcorn and Hot Cheetos will change your life.) What I didn’t expect was my little snack being the entry way for a 60-ish-year-old Black man to talk to me from 34th Street in Midtown Manhattan all the way up to 161st Street in the Bronx.

The man, who we’ll call H., was talking to another young woman when I got down to the platform. They seemed like a bit of an unlikely pair but they were both Black so there was a chance they could have been together. But as the train came, we all stepped forward and he heard me munching on my Cheeto popcorn. Through my headphones, I heard H. ask, “Can I have some?” I chuckled thinking he was going to continue engaging with the woman he was talking to earlier. And this is where I fucked up. By the time I took my seat on the train, the woman had disappeared and H. stood near me, leaning on the pole in the middle of the Subway car.

“How would you feel if the Panthers came to your neighborhood?”

Me: The Black Panthers?

H.: Really? Okay, yeah. If we were to come to your neighborhood which issues would you like us to address.

I sighed slowly recognizing the fact that I wasn’t going to be able to finish my podcast. I paused it and removed my headphones. This wasn’t a conversation that would be ending anytime soon.

I told H. that I’d want them to tackle housing discrimination. (My husband and I are currently living under a slumlord dealing with all types of issues. And the only reason they’re able to ignore it is because the people who live here are Black and Latino So I meant that deeply.)

He told me that he didn’t know if he’d do any work up there because the area was primarily Latino.

I had to remind H. that Latino people are a part of the diaspora. I understand there are those who want nothing to do with Africa or Blackness. But there are some that do and quiet as it’s kept, there were people in the Black Panther movement who advocated for the power of all people. (See Fred Hampton.) But it would become increasingly clear that this man wasn’t even invested in the liberation of all Black people. But we’ll get there.

Eventually, he started talking about how Corporate America is not built for us, how office buildings serve as modern day plantations. Anyone who has spoken to me about “work” knows this is exactly how I feel. So I started to think, perhaps this conversation won’t be so bad after all. But it wasn’t long before I realized that H. was interested in testing me more than anything else.

I didn’t want to get too deep so I told H. that I was a writer. He asked what I write about? I ain’t never been happier to tell a nigga I work for a Black owned company. I said, ‘You know Cathy Hughes? She founded Radio One, TV One and now they have a digital division, Interactive One.”

H.: Ain’t she Latino or something?

Me: She’s Black though.

H. wanted to know if I ever dabbled in screenwriting. I told him I had not.

H.: I asked because I want to make a biopic about this man.

He pointed to a button with a picture of a man on his shirt, obviously quizzing me. Now, I was educated in a traditional, American public school system so my knowledge of Black History could always be better. But I was raised by Black parents who knew the school system wouldn’t teach me about myself. Suffice to say, I knew the man he was pointing to was Marcus Garvey.

He explained that Marcus Garvey’s downfall was not keeping the right people around him. I guess this made H. think about the people in his circle. Because then he started telling me about this woman who worked for him as his chief officer of operations. He said that she was passionate and dedicated but he was going to have to let her go because her attention was too divided.

H. claimed this woman had a job in Corporate America that took up all of her time, she was raising a 14-year-old son and was a caregiver for an elderly mother. You know, typical Black woman shit.

H. said he hated that she devoted so much of her time working for White people. But instead of offering her more money, firing her was his solution.

Seeing that I didn’t have anything to contribute to this particular conversation, H. changed the subject.

“You know what was the worst thing to ever happen to us as a people?.. Feminists.”

You know what was the worst thing to ever happen to us as a people?.. Feminists.

In case you didn’t know by now, H. is for Hotep. I got the inkling that this was coming. And here it was. The problems within the Black community were women wanting to be treated equally.

I inhaled. As I contemplated how to play this, I put a kernel of popcorn and Hot Cheeto in my mouth. H. didn’t give me too much time to decide.

Me: I identify as a feminist.

H.: What does feminism mean to you?

H.: Ok, let me ask you something. Do you believe that Black men have the power to oppress Black women politically?

Me: No, not politically.

Me: Not politically. But Black men oppress Black women all the time in their personal, intimate relationships.

I guess H. had forgotten his own story about his decision to fire a single mother. Perhaps he didn’t view that as exercising any power over a Black woman’s life.

H. is for Hotep

H.: Well, those women usually have low self esteem. That’s why they put up with that.

H.: I didn’t say that. But women have to take some responsibility for the men they’re picking. That’s like this woman who was living at the homeless shelter. The coordinator for the shelter called her into the office and said that the man she was with in the shelter had eight children by four different women.

Me: And that’s her fault?

He said it so loudly that the people in the train car started to look over at us to see what was going on. I sat there steel faced. He lowered his voice.

H.: But you know she probably never thought she had to introduce him to her parents. Y’all go off to college and think you know everything. They don’t teach y’all about recognizing good character. If she had brought him around her parents, they might have been able to tell her that he was no good. And honestly, back in my day there wouldn’t be no domestic violence because people must not have strong fathers or brothers around because if any man ever did that to the women in my family, I would take him out.

Me: Hmm. Welp, it happens more than you’d think. 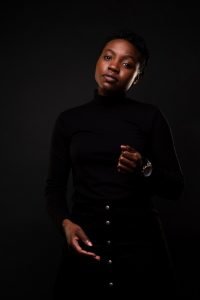 I identify as a feminist.

I didn’t have time to tell him that domestic violence has been a problem since the beginning of romantic relationships. I’d bet good money that the rates of women being abused by men were off the chain back in his day–as they still are today. Never was there any discussion of that, the abuse of Black women at the hands of Black men, being the biggest detriment to the Black community. It was feminism.

I shouldn’t have been surprised by any of it. Black men, just one degree away from this most powerful and coveted position in the world (White manhood) are often more concerned with how to yield power over Black women than they are about helping our people as a whole.

I wanted to tell H. that for as much excellent work as the Black Panthers did back in their heyday, there were instances of sexism and misogyny. And these acts violated the very same Black women who were integral to the party’s growth and expansion.

In fact, Elaine Brown, one of the most prominent leaders of the party said that it was the sexism that led to the party’s demise. According to Socialism.com, in her 1994 book, A Taste of Power: A Black Woman’s Story, Brown detailed instances of “physical abuse, exploitation as sexual prizes and workhorses, and denigration of their abilities.”

In 1975, she said, “the value of my life had been obliterated as much by being female as by being Black and poor.”

Brown, having been embraced and empowered by the Black Panthers took on some of the characteristics that oppressed other women. But it was an incident with a fellow woman in the party that caused her to see things in a different light. Regina Davis, a leader in the organization, ended up in the hospital at the hands of brothers in the movement.

They beat her up and broke her jaw for scolding a man who failed to carry out an order.

I wanted to tell H. all of that. But my stop had come up and I was all too happy to leave his company.

As I was dashing off of the train, he bid me adieu saying, “Black Power.”