Black Women and Extended Family: My Uncle Cut Me Off Once I Stopped Paying His Bills

By Jacqueline SamarooJuly 28th, 2021No Comments 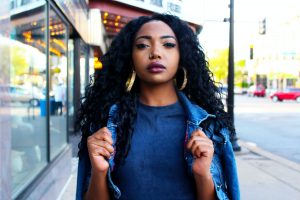 Black Women and Extended Family: My Uncle Cut Me Off Once I Stopped Paying His Bills

We all know the wealth disparities that exist between White men and everyone else in this country. And with Black women earning only 63 cents to every dollar a White man earns, it can prove impossible to play catch up. But what compounds the wealth gap, is the fact that Black folks, particularly Black women, are supporting members of their extended family more than any other race.

Earlier this year, Massachusetts Mutual Life Insurance Co. conducted a nationwide survey that found 90 percent of African Americans felt it was important to look out for family and friends, with more than 60 percent having supported someone in times of financial need.

And while we can certainly view this as an admirable quality, it can prove difficult when your family comes to rely on these handouts.

We spoke to one Black woman about how finances ruined her relationship with an uncle. Check out her story below.

I grew up in what would be called a working poor family, with various extended family members in the household – grandparents, mom, aunt, uncles, cousins, and other extended family who fell on hard times and needed somewhere to live. It was like the movie Lackawanna Blues. Yes, everyone had manufacturing/factory jobs but that’s exactly what it was, a job. Not a career. There was no planning beyond the age of 16-18 except for which company a person would work for. The same mentality translated into money. We had after-work get-to-togethers in our home nearly every pay date. After mortgage, just enough to keep the utilities on were paid. Never the entire bill. Most of the money was used to have a good time –buy clothes, food, liquor, and drugs. Money was spent very recklessly and there was constant talk about money. Mostly about not having enough.

I was the first to graduate high school, (no GED), with honors. I was also the first to go and graduate from college. My uncles, who were often the ringleaders of the chaotic household, surprisingly gave me great advice. They told me it’s more important to be the smartest girl in the room than the prettiest. So I focused on school.

My Granny contributed in every way to my success. From small things like paying for school pictures, travel expenses to receive awards, clothes, Christmas, food and etc. The bigger ticket items like college tuition she couldn’t afford. She was with me every step of the way and she was very proud. She communicated every achievement I made, no matter how small, to every member across the country. I was a full-time college student (carrying 15-18 credit hours some semesters); working a part-time job (you know, to like eat and buy tampons) and an internship; and volunteering. I sent money home to help her, which really went to helping others (buy kid coats b/c their parents ran out of money).

My family has always asked me for money since I was 16. As I became an adult, the amount just increased. They used my Granny as the person to ask me. I initially had a high-earning career in my twenties so paying for things like groceries or fixing the roof was commonplace.

But it all came to an unexpected halt when, after years of trying, my husband and I had our first child. The same year my Granny died. They were shook.

I grew up with a father. Unfortunately, his presence wasn’t consistent. All of my uncles stepped up but one in particular who looks just like me and we both share some of the same personality traits. My mother is the oldest of her siblings and I was the product of a teenage pregnancy, so my uncles and aunt are more like siblings (they’re only like 5-7 years older).

My closest uncle was the one that prepared my food (even when I decided I was going to stop eating pork; he stopped with me); picked me up from school; ironed my clothes; taught me how to play Spades—you know all the hood life essentials. He didn’t make fun of me because I didn’t speak like everyone else or because I was more interested in going to the museum. I would re-enact scenes from movies, always do monologues when it was time to entertain the adults and listen to Barbra Streisand and he was my most supportive audience member.

When I started earning money as a teenager, I always gave him extra. Hell, I felt I owed him.

Never a loan. Always a gift.

While he worked, it was sporadic as he was in a long-term relationship with a successful IT manager at a manufacturing company who took care of most of his financial needs. After 20 years or so, they broke up. So when he needed an apartment, I readily agreed to put it in my name. I also paid the balance and court fees when he skipped on the lease because management refused to make repairs. I bailed him out and paid attorney’s fees when he tried to go the illegal route to have the money his ex-girlfriend used to provide. I put cars in my name.

The relationship started to deteriorate when I told him that I was going to start funneling the financial help I used to give him to his son. He was pissed. I told him I no longer work the high-earning job anymore, that my husband was the main source of finances and I was focusing on having a healthy child that actually makes it to term. He was dismissive. I plainly didn’t have the extra money to help him like I used to. He balked at me still paying my Granny’s utilities and said I should let that fall to my younger brother who by now was earning my prior income. I thought he had a lot of nerve.

Around this time, I finally had a healthy baby boy, 6 months later my Granny died. I paid for everything. My Granny had been taking cash off of her insurance policy so it was no longer worth the $15k. In fact, it was only worth $3k. The funeral was nearly 10k. Extra limos for visiting family members, airline flights, the food at the repast. My mom and her siblings kept all the cash from neighbors, extended family, friends, co-workers that were given in my Granny’s honor. I never asked for any help. The final straw was when I told my uncle that I paid his cell phone up for 6 months and that he would be responsible for paying his own bill. I told him I would pay his son’s bill instead.

Now, he does not answer my calls. Won’t return my messages. Won’t see me nor my children when I visit.

Each family has their own cultural norms. I have Nigerian and East Indian friends who plan on taking care of the lesser earning family member(s) until the next age group steps up. A couple of them are in my same income bracket.

In my case, I think it crippled us as a family. I believe my Granny’s own personal financial and emotional struggles helped birth a generation of dependency. In my effort to be like her, I became her. Overall, yes, I think Black mothers cradle their men beyond infancy. It continues into adulthood. We certainly don’t do this for their girls.

My Granny would often say to me that she wished she were me. Not necessarily me, specifically, but of my generation that was encouraged to seek an education. She told me flatly that she would not have stayed married to my grandfather if she had my earning potential and didn’t have all ‘these boys’. She depended on my grandfather to pay the mortgage and resented him for it. It allowed him to basically do what he wanted, which included having other kids. My Granny told me she could never leave her husband because the first thing another man would do is make her boys bow down to him. And they were not going to do that. Instead, she created man-children. It’s been 8 years since her death and my uncles and cousins that lived in the family home still do not have their own home. They rent rooms in boarding houses and bounce between friends and family members.

Truth is, I miss helping. It cost me a good chunk of my family.

Obviously, in hindsight, I would not suggest to loan money to family. Loaning implies responsibility and you may be setting yourself up for failure. Make it a gift and wipe your hands. And I wouldn’t continue to repeat the giving.