My Not-So-Secret-Shame: I Was A Teen Abstinence Only Educator

By Jacqueline SamarooJuly 20th, 2021No Comments 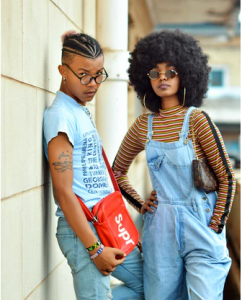 Photo by Zach Vessels on Unsplash

My Not-So-Secret-Shame: I Was A Teen Abstinence Only Educator

My first understandings of sex were that it was about pleasure. From as early as five, I felt tingles when I watched men and women kiss in the movies. And while I was a bit fuzzy about what sex entailed, I knew that kissing was the prequel. And if kissing was so enchanting, then sex had to be infinitely better.

In my child mind, sex was so connected to pleasure that it never occurred to me that it was the same act that could lead to babies. Couples prayed for babies. Sex was for ecstasy. And thankfully, my mother didn’t taint this belief. When I asked her about sex, instead of stammering or shying away from the topic, she maintained the same openness and honesty I would only come to fully value in my adulthood.

She told me that sex was a beautiful, spiritual thing, that it was supposed to feel good, and was a way for people to express the love they had for each other.

Still, I was raised in a Christian household, we attended more than a few Christian churches and my mom, who was a virgin when she married my father, let us know that sex was best enjoyed in the context of marriage.

In the course of my life, I’ve learned that there were two types of kids. The ones who needed to go out and experience everything their parents warned them against and the ones who took their advice seriously enough to avoid the “pitfalls” of life. And according to scripture, sermons, and even some of my mother’s foreboding stories, sex could come with a whole lot of drama. Drama like sexually transmitted diseases, hurt feelings, and the biggest consequence of them all, a baby. With those types of stakes on the table, I decided to follow in my mom’s footsteps and make the commitment to remain a virgin until I was married. Though she warned me that if anything should ever change, I should let her know so she could tell me how to go about sex, the right way–i.e. with protection.

But that wouldn’t be necessary. With my distrust of most new people (especially boys and men) the haunting fear of being played, and watching all of my mom’s warnings come to pass in other young girls’ lives, sex wasn’t finna happen. But beyond what I saw socially, the decision was spiritual. I wanted my actions–or inaction to be pleasing to God. I thought, knowing what God has done for me and all of us, this is the least I can do to honor those sacrifices. And I tried (though I’m sure I occasionally failed) at letting my personal decision be personal. While I know I judged the hell out of some people, I never thought of virginity until marriage as a choice everyone–or even most people–would make.

My views then on teen abstinence

In middle school, being a virgin was standard. And with the exception of a few rumors, I assumed everyone was like me, maybe without the celibacy commitment. By the time we got to high school though, some of those rumors proved true and there was evidence to show it. Sometime in high school between my sophomore and junior year, we learned about this group called “The Peers Project.” In addition to warning kids about the dangers of drugs and alcohol, there was a large emphasis on celibacy and the consequences of premarital sex.

When I participated they had a slogan that read: “Abstain to Attain: Teens abstain from sex to attain your goals.”

When I was presented with the idea of being what they called a “Peer Mentor,” I thought of it as community service. I’d be using my experience to help the youth make “good decisions.” And we did some good work. It wasn’t until my junior year, that I started noticing the flaws in the program. Every time we gave a presentation, we would share our names, age, and why we’d made the decision to abstain from sex. (and drugs–if that’s what we were talking about that day.) And while I didn’t mind sharing, my reasons were personal. I never thought of them as a blueprint for the way everyone else should live their lives.

But apparently, the organization did. One time, one of my fellow mentors, after explaining why she’d chosen to abstain told the kids, “…and if you do have sex, use a condom.” I was presenting with her that day and I thought, “Forreal.” But apparently, our adult facilitator, a Black man in his late thirties or early forties, who traveled with us for every presentation across the city, didn’t appreciate her deviation from the script. And he told her and the rest of the group that in the future she couldn’t say such things.

By that time, I’d had my own experiences with the strength of hormones, I’d seen too many pregnant bellies walking up and down the halls of my high school to rule out condoms as a very viable option. When I asked our facilitator why she couldn’t say anything about protection, he said something that made no sense. “Would you tell someone to smoke crack safely?” 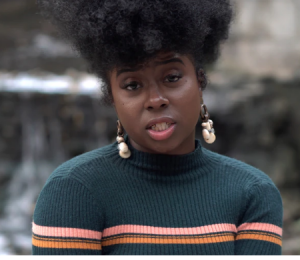 Now, looking back I realized that we never discussed the possibility that some of the kids we were talking to– and some of the kids who were presenting would never get married. Does that mean they should never experience this part of life? It didn’t make any sense.

My views now on teen abstinence

By my senior year, I realized that even the facilitators didn’t fully believe in the practicalities of the program. During my last presentation, the same facilitator who said we couldn’t speak about safe sex thanked me for my service over the past few years and then said that he was sad that I was going to be leaving the program and going off to college.

“Well, because you know when people go off to college, they start having sex. They forget all about the promises they made.”

What I said instead was, “Well, that won’t be me.”

And in college, that wasn’t me. I took my vow to God seriously but also the thought of having sex with any of the men I had romantic notions about in college would have been a mistake of catastrophic proportions.

The older I got and the more I learned about the dangers and detriment of preaching abstinence only, the more I regretted my time in The Peers Project. Teenagers who had only been taught about abstinence were more likely to get pregnant or catch an STD/STI because they didn’t even know their options.

I remember, in high school, asking my friend who was also a virgin why she didn’t want to join the Peers Project and her telling me, “Girl, you never know…”

And she was right. The reason I was able to “hold on” to my virginity–which is a concept more than a reality–for as long as I did (two years before I got married) was because there was never anyone who was even remotely worthy of being inside my body (not being gifted with my virginity) until there was. And when he showed up, all of a sudden my commitment to God transformed into “If God is love…surely She couldn’t have a problem with me expressing said love in this way…with this person.”

To this day, I still don’t know if that was rationalization or realness.

Today, in research for this article, I Googled the Peers Project to see what they’re up to these days. They’re still around. Today though, it seems like the content is less premarital sex-focused and more about responsible behaviors in general. But if I was looking for a clue that that program and its intentions were misguided, I needed to look no further than their Instagram post about a Mike Pence speaking event.

Still problematic…now, in more ways than one.