By Jacqueline SamarooNovember 30th, 2021No Comments 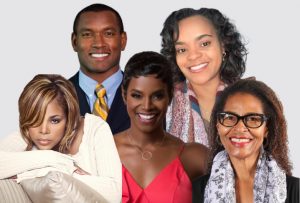 Sickle cell disease is a genetic disorder and some of our favorite stars who are fighting this battle are raising awareness of its impact on our community. Many may not know that R&B artist Tionne “T-Boz” Watkins was told she wouldn’t live past 30 when she was diagnosed with sickle cell disease or that pro-NFL athlete and coach Bobby Engram is a sickle cell trait carrier and lost his eldest daughter to complications from the disease. Their experiences are why they are committed to sharing their stories to inspire the community to donate blood to help those fighting sickle cell who often depend on blood transfusions.

T-Boz, the queen of 90’s R&B, who lived for decades in our CD players and our hearts, was misdiagnosed at the age of seven and spent decades unsure of which type of sickle cell disease she had. While having the disease would not stop T-Boz from becoming part of TLC, one of the most iconic girl groups of all time, it would change her life and purpose forever.

“At 19 is when I got signed with TLC,” said T-Boz. “At that time, I didn’t want to tell anybody [about the disease] because I didn’t want it to stop anything, or for people to feel sorry for me, or for it to hinder anything I was trying to do. I got to the point where I said I want to fight this and not let it take over my life. We do have some days that are good. I want to take advantage of that. I also had a fear of talking in front of people – but I knew the message itself and the people I could help were bigger than my fear.”

Many Black people are secretly battling a disease that mainstream media rarely acknowledges. Sickle cell disease is a crippling illness that affects over 100,000 people in the U.S. – most of whom are of African descent. This inherited blood disorder distorts soft and round red blood cells and turns them hard and crescent-shaped, which often causes extreme pain and life-threatening complications. Moreover, symptoms vary widely across patients and those with the disease tend to have access to fewer health resources compared to individuals battling other diseases.,.

Like many, T-Boz didn’t always know how to manage the disease, landing her in hospital after hospital, missing tour dates, and contributing to a harrowing post-birth complication where she fell into a coma. Now, the four-time Grammy Award winner knows to strategically plan the timing of her tours to allow for plenty of rest, some massage therapy, and integrating a regimen of CBD. In dire cases, T-Boz has also had blood transfusions, which are an effective and proven way to treat sickle cell complications. And she’s not the only big name battling this complicated condition.

Famed NFL wide-receiver and tight ends coach for the Baltimore Ravens Bobby Engram and his wife, Deanna, are also intimately familiar with the gravity of sickle cell disease and the importance of blood transfusions. Both are Co-founders of the Bobbi Engram Foundation, a private non-profit organization named in honor of their daughter Bobbi Simone Engram – a sickle cell warrior who received blood transfusions as part of her treatment.

“Sickle cell patients have a good quality of life – but they also have these moments where it’s just really hard,” said Bobby Engram. “Intense bouts of pain, and there is always a low level of pain with most sickle cell patients we’ve come across, but when you go into a full-blown crisis, now you’re talking about pain that most adults haven’t experienced in their lives. You look normal, but everything you’re going through is so far from normal.”

Stories like the Engram’s remind us that despite the discovery of this disease more than a century ago, people with sickle cell disease, the majority of whom are Black, have less access to health care and experience worse health outcomes compared to similar diseases. One way our community can help those fighting the disease is by donating blood.

A single patient with sickle cell disease can require thousands of blood transfusions throughout their life. These frequent transfusions can cause patients with sickle cell disease to develop an immune response against blood from a donor that is not closely matched by the same race or similar ethnicity and blood type, leading to serious complications.

According to Dr. Yvette Miller, executive medical director at the Red Cross, “Many individuals of African descent have distinct markers or[protein] structures on their red blood cells that make their donations the most compatible blood to help patients with sickle cell disease.”

The Red Cross is continuing to expand partnerships within Black communities to engage new donors and ensure blood donation opportunities are reflective of the diverse communities they serve in order to best support patients battling sickle cell disease. The blood donation process is easy and safe. CDC-recommended protocols, such as social distancing and masks, are still in place, and people can use the Red Cross Blood Donor app to schedule an appointment and complete their health history questions the day of their appointment.  At their appointment, presenting donors sign in and present their ID before going through a mini-physical where their pulse, temperature, blood pressure and hemoglobin levels are checked. Once eligible to give, donors will be seated to begin their donation, which takes about 8-10 minutes. Before leaving, donors head to the refreshment area for a snack, something to drink and a moment to relax. The entire process is typically completed in an hour.

“You are donating the gift of life to a person who may spend hours and hours of their lives in pain, ” said Dr. Miller. “The primary symptom of their disease is pain. So, [any discomfort with donating] is nothing compared to the lives of those with sickle cell disease who spend a lot of their lives in pain.”

When donors who are Black self-identify their race and ethnicity as African American, in addition to receiving health insight, they help the Red Cross better and more efficiently locate rare blood types to best meet the needs of patients with sickle cell. The Red Cross, T-Boz, and the Engrams hope that as more people know their trait status and how this invisible illness affects their community, more patients can receive the lifesaving care they need.

“We should not have to talk about our child in the past tense,” said Deanna Engram. “We’re fighting so no other parent has to go through what we’re going through.”

Blood transfusion is essential in managing the very real pain and long-term health of those with sickle cell disease. To schedule an appointment to donate blood or host a blood drive, visit RedCrossBlood.org/OurBlood, download the Red Cross Blood Donor App, or call 1-800-RED CROSS (1-800-733-2767). 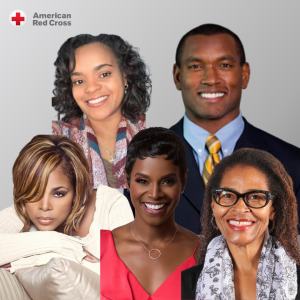 Read about another life changed by Sickle Cell, here.