An Open Letter To MadameNoire 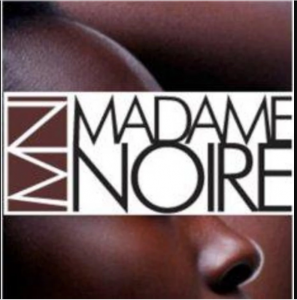 An Open Letter To MadameNoire

I’m going to address you like the people of the internet do: as if you’re a singular person, a real woman. I just felt the need to offer a few words as I close out one of the most incredible chapters of my personal and professional life.

I remember when we first met. It was the summer of 2010. I had just graduated college and was interning at MSNBC. I was killing time in between broadcasts when I stumbled across your website.

In 2010, you were known for hair care and advocating that we date and marry white men. But even then, there were also glimmers of the fact that five years later, you would hold the title of the most trafficked site in Black media. I think it was your honesty. You featured pieces that examined the relationship Black women share with one another. And others that invited Black women to question the way they showed up in the world. You, more gutsy than glossy, were being presented to the world at the same time I was navigating it for the first time as a grown woman.

After that summer internship, I took a temp job. I was so happy to be surviving in New York City that for a couple of months I lost sight of my goal of working as a writer. Thankfully, during a pensive lunch with my sister, I verbalized the fact I wasn’t living in my purpose and I started making moves.

I wrote an email, complete with my resume and what had to have been my 50th cover letter that year.

I said a prayer before I hit send and had a good feeling about you.

A couple weeks later, I got an interview. And days later, an offer.

When I think about how to describe the elation I felt seeing my byline, no words come to mind, just tears to my eyes.

I had gone from a child writing in a diary to being paid for my words. Even now, more than a decade after that first piece, that reality is still so delightful.

I’ll always be eternally grateful that you were the first one to show me that my talent was sufficient and my dream was possible.

The dream was made sweeter because the work we did centered and catered to Black women.

On more than one occasion, Black women have told me how you, MadameNoire, encouraged them to attend therapy, leave a relationship that no longer served them, made them laugh, or simply helped them feel seen in a world that is all too quick to disregard us.

There is no greater honor than having worked to entertain, inspire, and encourage Black women–the salt of this earth.

There were plenty of personal perks working with you as well. Because of you, I’ve been flewed out, conversed with people I greatly admire, watched some of the best artists of our time, and honed my own craft as a writer. I’ve grown as a human being in more ways than I could list.

With you, I was able to support myself in my darling and detestable New York City. I met my husband leaving you at the office one day and you gave me space to memorialize the encounter.

You and I both know that shit wasn’t always sweet though. While we both took pride in the fact that you were and have always been Black owned and operated, it was you who taught me the bitter lesson that Black folk in Black spaces also wield misogynoir as a weapon.

Thank you for that too.

Of everything you’ve given me, the greatest treasure is the group of Black women you’ve placed in my life. Through you, I was able to sustain relationships and build new ones with the only real, genuine friends I’ve made as an adult.

I’ve cried, commiserated, and straight clowned with these Black women in ways that have left an indelible mark on my heart. It’s their sisterhood I’ll take with me as I say goodbye to you.

Love you, gurl. It’s been real.