How Can I Say I Love Myself And Not Help Others? Phyllis Hyman On Employing Black People 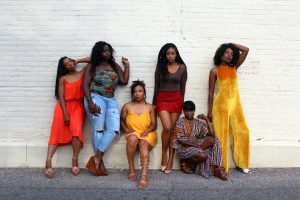 How Can I Say I Love Myself And Not Help Others? Phyllis Hyman On Employing Black People

Looking for something to distract myself from cleaning my room, a task which I have yet to complete, I landed on YouTube and started watching Phyllis Hyman interviews. I stumbled across this one from 1987. And being that it was the year I was born, I wondered what she had to say about life at this time. The entire interview was fascinating and insightful; but more than anything I was struck by how honest she appeared to be. I always think of artists, specifically of the past, as being coached and primed to be what the public wanted them to be rather than their authentic selves. But I quickly learned that this was not Phyllis Hyman. She said things that people without platforms might not have shared. And she was so refreshingly WOKE. See what she had to say about Black businesses and a few of the other things going on in her life, in the video playlist above.

I run a Black-owned company. In other words, it’s a minority-based company. Most of my employees are Black or Hispanic. And I deliberately started that years ago because of the unfortunate dilemma of minorities in the workforce. And in the entertainment field where Black generate billions of dollars, we don’t often get the opportunity to reap the benefits from that money that we generate. And considering that I generate part of that billion, I’m going to take it back to the community that put me here in the first place. It’s very important to me. It makes sense. It’s like adding one and one together. It makes two. Well, if the community put me out here, I’ve got to bring the community where I am. It’s that simple. And it makes so much sense to me, I don’t understand why others don’t do it more often.

I have not asked other Black artists. I don’t know. I have witnessed other artists. I look at Tina Turner and I have asked the company about her staff and I know she has no Black people on her staff, excluding one guy who takes care of her costumes. Diana Ross, I don’t believe she has many Blacks on her staff. I’ve seen her tour book and all and you see photographs–unless they all stayed home the night they took the pictures. I don’t know.

I think it stems from the stereotypes from days past…I think that we’re made to believe that ‘You sing. And I do the management. Let me do the other work.’ We’re brought up to believe Blacks can’t do the managerial part. The same way, in baseball, the gentlemen said that Blacks were not intelligent enough, if I’m not mistaken. That we can’t handle that sort of job. What a ridiculous thing to say. Bless his heart too, by the way. I love the fact that he said that. I’m not angry with him at all. It’s so nice to have someone say what we know everybody’s thinking. And this industry says that all the time. And I say, ‘How can I think I’m a decent human being? How can I think I have integrity? How can I think I’m a professional and not look for other Blacks to be the same?’ That does not compute. How can I say that I love myself and not help bring others around with me. Because there are lots of “mes” around. There are lots of other people around who want to work hard, who are drug and alcohol-free, who love their mothers and fathers, and are good to their children. There are a lot of us. So it’s very important for me. I’ve been doing it now–I’ve had my company for ten years and I’ve always, always had a company made up of that type of people. It’s worked wonderfully.