Black Women and the Great Resignation: Why Victoria Quit – You’re Not Finna Kill Me 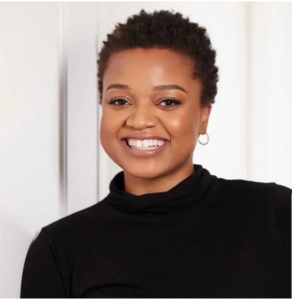 Black Women and the Great Resignation: Why Victoria Quit – You’re Not Finna Kill Me

After a decade working as an editor at MadameNoire.com, Victoria Uwumarogie left the site due to burnout and the feeling of betrayal. Read what she had to say about her decision to walk away from the brand she helped build.

I’d been dissatisfied since 2014/2015. We had all this success and folks still weren’t happy. There wasn’t an acknowledgment. It was all about the next goal. ‘What have you done for me lately?’ type of energy. But I loved the site. I loved the stories we were telling and the opportunities that were created being an editor and helping to share a different voice. So I told myself, ‘It’s okay. I’m not in a huge rush to leave.’

But after a while, I started applying for things here and there, wondering if other people would be open to taking me out of this. I didn’t hate it. But I wondered if there was better.

As time went on, I felt stuck. I was trying to justify it, like maybe this is where God wants me to be. Eventually, I stopped applying for things. I was wondering why isn’t anybody else seeing how hard I work and wanting to take me from this? So I stayed.

As things got a little more like ‘ugh’ I had a baby coming. You feel like you have to do what you have to do and make the money you make because of bills. So there were a lot of things that felt like they were holding me in that place.

Why isn’t anybody else seeing how hard I work?

NSNC: Why did you feel like God wanted you there?

For me to not be moving, I was trying to be a person of faith and be encouraged. I just felt like I’m really good at what I do. I write well. I’m high-performing. I don’t want to say I was comparing my life to other people but I would see that people were moving so fast, from one job to the other.

And there were times people would ask, ‘You still at MadameNoire?’ I wouldn’t know how to respond to that. Yeah, I’m proud to be in the position I’m in, doing the work that I’m doing but it was like a pinch.

The pandemic definitely inspired me to look around, call around, do a lot more so that I could find something better.

I had a son in the pandemic. People really underestimate how hard it was to take care of a baby during that time. In this age of the pandemic, things are opening up. There’s a vaccine. But in the beginning, it was nothing. I had nobody in my family. I had nobody I could really lean on. It was so hard to find balance. I had a baby here, who I need to keep an eye on and teach things because I can’t put him in daycare like I planned.

There was too much time spent staying up late, trying to pick up slack to make sure that when we had meetings people could say, ‘MadameNoire had a great week.’ And you would do all that shit and sometimes they wouldn’t even say that. And there I was staying up until four in the morning and then the baby wakes up at six. It was too hard. I just wanted to find a position where I could find some balance because it wasn’t sustainable.

I didn’t feel like folk cared. That made it absolutely necessary to leave. I’d rather be giving this energy to my child.

I asked for help and I didn’t get it. It’s a different thing when you’re vulnerable with people and in return you get dust. It feels like a slap in the face. I think I just expect too much from people sometimes. My boss was a woman and seemed nice, like she was coming to be a breath of fresh air. When I told her I needed help, it wasn’t just because I wanted to have help. I needed help. I knew you were getting ready to go on maternity leave. I needed somebody like me.

The first time, I said, ‘What are we going to do about getting a new editor? Because we have fewer hands on this site than ever before.’ I was just asking for her to replace what’s been lost. She gave me this spiel like she was going to look into it. You’re thinking things are going to get better. And they don’t.

I asked again two months later. Energy has been expended, time has been lost. Then you find out it’s bullshit. (Victoria’s boss ultimately hired someone part-time whose work was split between two sites.)

That’s when I was done. I couldn’t carry so much. So many meetings, sponsored posts, editing, in addition to writing my own stories. I was taking on full-blown tentpoles by myself.

There was an expectation that because I didn’t want to see MadameNoire fail, I wouldn’t leave. Then at a certain point, I felt like she was calling my bluff. She would say, ‘I don’t know what you want. Every time I talk to you, you tell me you’re unhappy.’ She was giving me less and less respect.

She acted like me being unhappy was me being a bitch. Instead of trying to find ways to fix that. She came in as one thing–like she was going to juke the system, but perpetuated the same behaviors and mentalities. I felt betrayed by her. So I needed to get the fuck out. And when I felt that way, that’s when doors started to open.

You’re not finna kill me.

People were trying to make positions for me. I was very grateful for that. I felt very blessed. It was very, very weird because it went from being so dry to so many things at once. It could only be God. It was like He was saying, ‘People can see your talent. I always knew your talent and other people can see that too. Just because it was quiet, doesn’t mean nobody was interested.’

That really brought me a lot of peace. It was confirmation that by stepping out and deciding that I wanted better for myself, God was like, ‘Well, I got you. If you’re going to take the first step, I’ll help you take the second step.’

I left that situation and I was able to get more for less.

Black Women and the Great Resignation

Advice for the next Black woman

Get prepared. You don’t necessarily have to jump out of the window today. You can slowly step out of the door. Work on your resume, start talking to people, send little messages like, ‘If you need help…’ ‘If you hear anything, let me know…’

If you’re really unhappy, don’t give up on it. Once you know you’re unhappy, you’ll take the steps to get the hell out of dodge.

We’re conditioned to feel like busyness and being overwhelmed is you working hard like you should as opposed to recognizing this is a tad unhealthy and really unfair.

Trying to burn yourself out for these people is not it. You could die tomorrow and they’ll replace you like nothing happened.

If people don’t care about you, they’ll never care. And when you work super hard and to be so important to your brand and company–for them to not care is a dangerous thing.

It’s like a bad relationship. You have to let people know I can do better. Bet on yourself. You can pick up and leave and things will be fine.