By curlynikkiJanuary 22nd, 2023No Comments 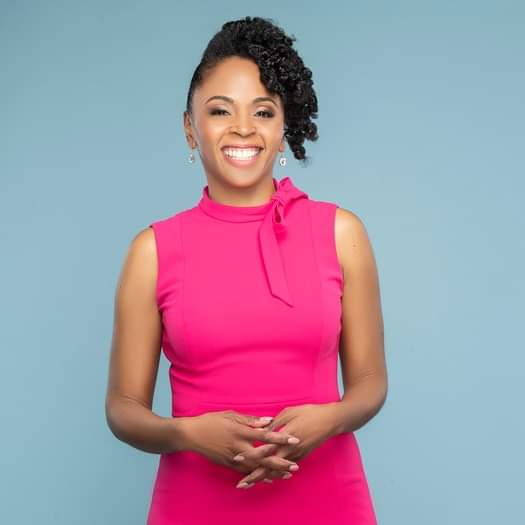 I was 25 years old when I did the “Big Chop.” As my silky, jet-black, shoulder-length hair fell away and drifted down to the salon floor, tiny curls sprung up in their place. For the first time in my life, I felt free! The crushing weight of an impossible white beauty standard was finally lifted.

I had felt a nudge to “chop off all my hair” since college, maybe even before then. It actually felt more like a strong shove, but I ignored it repeatedly. Instead, throughout undergrad and law school, I gathered my pennies from work-study jobs and side-hustles, just to pay to get my “butta whipped” every six weeks.

I worried, if I rocked my natural locks: Would boys still find me attractive? What would I even do with my hair? I had been getting my hair “permed” since I was 11 years old! I didn’t know what my natural texture looked or felt like. Who would teach me to care for it?

The only Black women I knew without relaxers were my mom and my aunts, whose curl patterns were significantly looser than mine. They could straighten their hair with just a little heat or even vigorous brushing. Every other Black female in my orbit had a “perm.”

Now that I was out of law school and studying for the Bar exam, I was ready!

I had attended predominately white schools and moved through mostly white spaces most of my life, all the while wrapped in beautiful medium brown skin. I never fit in, no matter what — I was too loud, too curvy, too dark, and my hair was too short and never quite straight enough.

I finally wanted to reveal the real authentic me and I couldn’t do that with imitation white girl hair.

As it turns out, even though my reasoning was different, my instincts were right.

This October, the National Health Institute released the findings of the Sister Study. Over the course of nearly 11 years, they followed almost 34,000 women, ages 35 – 74 who still had their uteruses. Black women in the study were more likely to have gotten a chemical hair relaxer at some point in their lives. For those who did, if they had a relaxer for just one year with a minimum of 4 applications, they more than doubled their risk of developing endometrial cancer, the most common type of uterine cancer. Previous scientific studies also showed a link between the hormone-altering chemicals commonly used in hair straighteners called phthlates and a higher instance of fibroids, endometriosis, and ovarian cancer in Black women.

Oddly, I had never given a single thought to “creamy crack” being hazardous to my health. My aunt was my hair stylist for my entire life before I went natural. I trusted her. Certainly, she wasn’t going to do anything to harm me! The cosmetology school that trained her told her it was safe. The so-called “hair care” companies told the schools it was safe.

All along, hair industry executives were peddling poison – to the tune of billions of dollars.  Over the last few weeks since the study came out, I’ve screened hundreds of Black women to file suit against cosmetic companies for the havoc hair relaxers have wreaked on their reproductive health.  These brave mothers, sisters, grandmothers, aunts, and daughters have trusted me with their stories.

They’ve dealt with wearing extra layers of clothing to hide embarrassing excessive bleeding in public, some bleeding for weeks at a time. They’ve endured painful sex. Many have had children stillborn due to complications to these conditions. Too many to count were unable to bear any children.  The number of hysterectomies is staggering.

Many got their first relaxers at 5 or 6 years old to make their hair more manageable for their caregivers.  Most continued to relax their hair for decades for job security and upward economic mobility.  By my estimation, this will be the largest lawsuit of its kind involving Black women victims in U.S. history.  It will dwarf Camp LeJeune, the talcum powder, and Essure cases with its number of plaintiffs. It will have global implications on women in the U.K, France, the Caribbean, Canada, and African countries.  As I listen to the endless horror stories of African-American cis women across the country, I can’t help but to wonder if the three traumatic, painful surgeries I had for growths on my ovaries are due to my use of hair relaxers for nearly a decade and a half.

Although my bilateral cysts were benign, I remember sobbing uncontrollably at work, weeks before my first surgery. I remember being paralyzed with fear after each surgery as I waited for oncology results to confirm that I was in fact, not ill. I relive that fear every single time I visit the gynecologist. Though I was one of the fortunate, the heartbreak that the women I have spoken to is eerily familiar.

As my sisters’ keeper, I am doubly honored to be a part of seeking justice for us all.

April Preyar is an attorney, TV legal commentator and educator in Chicago. After practicing criminal
defense law for 23 years, she has partnered with Wallace &amp; Miller to bring awareness to the mass tort
lawsuit on behalf of Black women hair relaxer users who suffer from endometrial or ovarian cancer,
endometriosis or fibroids. To learn more, go to bit.ly/relaxerlawsuit