Adara- A Story of Transition CN: What was your initial reaction to your natural hair?
A: I thought I would be a lot more freaked out about it! It felt really surreal, like I wasn’t actually doing anything permanent. Once my hairdresser cut the front, I was really excited and really happy with how it turned out. He put it in twists for me. So when I let them out later, it was really exciting.

CN: How did family and friends react to the new you? What was your response to them?
A: Well I’m at school, so my friends were the first ones to see it. They love it! Everyone in my classes has been complimenting me, which is a nice feeling. I haven’t seen my parents yet, but I’ve texted pictures to them. They like what they see. They have shown it to other family members, and they have also been complimentary. My dad lives in New York. So, he’ll probably see it for the first time soon.

CN: What was your transition routine?
A: At the very beginning, before I had officially decided I’d had my last relaxer, I was just blow-drying it like usual. Soon after that and throughout the summer, I wore it in buns or ponytails with a headband, but that was a typical style for me even when I was relaxed. Beginning in the fall, I hit a rough patch and changed up my routine by doing a twist and curl every week and then wearing the twist out in a bun or ponytail. In the beginning, I was using the Wen co-wash because my mom had sent me some. I really like it. During the summer I pre-pooed with olive oil, and then used whatever was in the house. I used Wen, Pantene for Women of Color, Yes to Carrots and Nexxus Humectress. Since I’ve been back at school, I’ve been shampooing with Dr. Bronner’s unless I had a lot of buildup. If I did, I used Herbal Essences Hydralicious and conditioned/detangled with Hydralicious or Hello Hydration. I styled my twist and curls with Aussie Hair Insurance, Herbal Essences Hello Hydration and coconut oil or Shea Moisture’s Deep Treatment Masque. I haven’t done my first wash since I big chopped, but I bought samples of mop C-System Clean Shampoo (sulfate free) and Aubrey Organics White Camellia Shampoo. I’ll condition/detangle with Herbal Essences Hello Hydration.

CN: How did you moisturize your hair to prevent breakage at the new growth line?
A: I can’t say I was the most diligent about this, but I did spritz with Aussie Moist and rub a little Shea Moisture Deep Treatment Masque or coconut oil on almost every day before putting my hair up. At night, I took it out of the headbands and ponytail holder and slept with a cap.

CN: Why did you choose to go natural?
A: I think several things led to my going natural. I’ve always been a fan of big curly hair, but wrongly assumed, for many years, that only mixed girls wore their hair like that. I’ve always had a relaxer but was never really a fan of getting them done. I only got my hair straightened once every few months and preferred the look of roller sets. I wore my hair in braid-outs often as well. Also, I was inspired to go natural because I’m friends with Jamila of College Curlies and started following her blog in the fall of 2009. Through her, I was turned on to Curly Nikki and tons of other blogs and YouTube Channels. It definitely made me curious, and that curiosity was furthered when I began using the Wen co-wash and started feeling curls in between my relaxers. I decided shortly after my last relaxer in February 2010 that I would make the transition. I didn’t know if I would stick to it or not, but I’m so glad I did. I can’t believe I’m finally natural! Thanks for all of the inspiration!

Before (relaxed hair at its longest, 5 years ago) 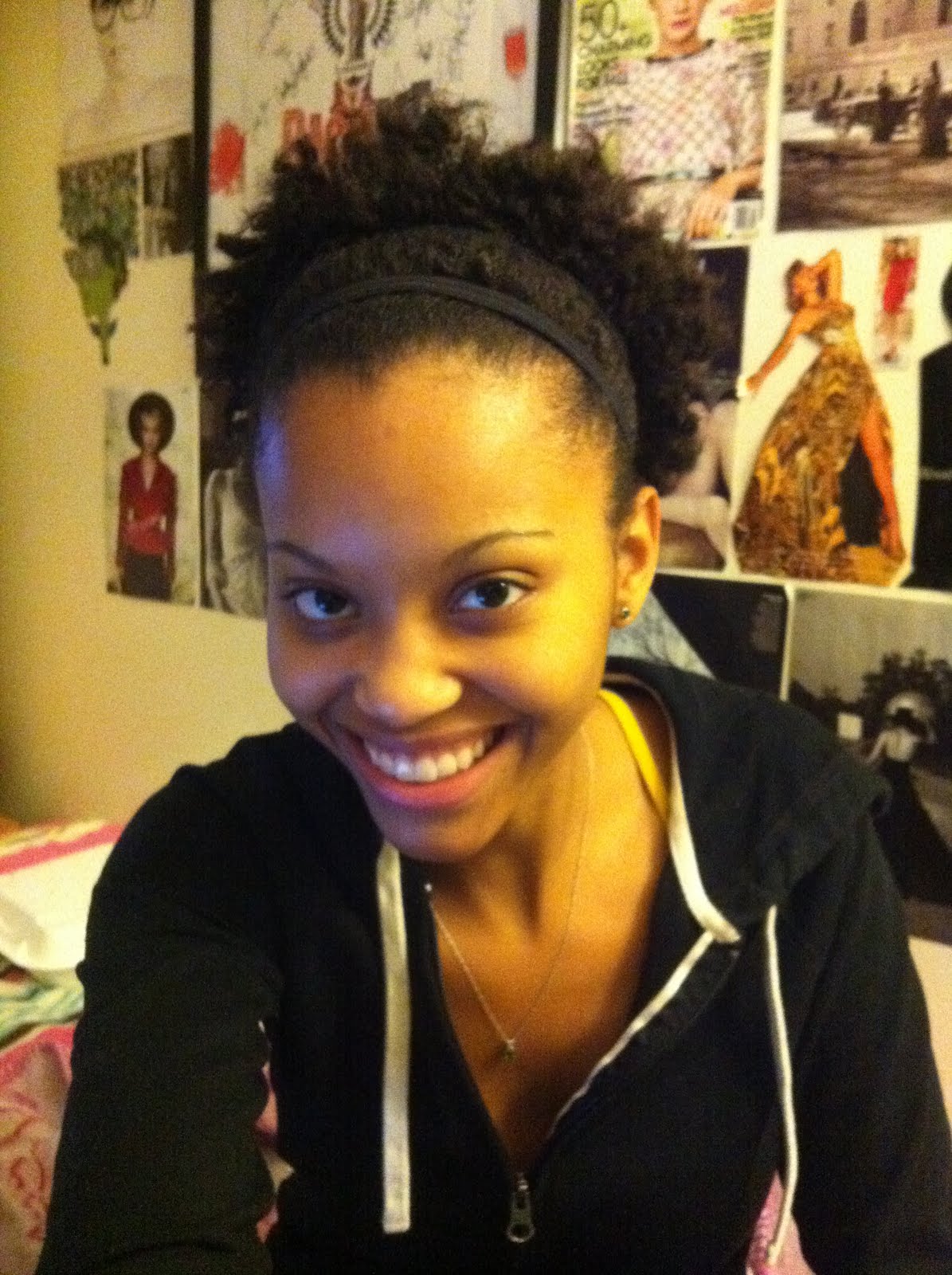