Is Dandelion Root Good for You and Your Hair? Check Out These 8 Amazing Benefits

By Jacqueline SamarooNovember 16th, 2021No Comments 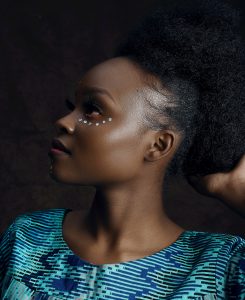 Photo by Ben Masora on Unsplash

Is Dandelion Root Good for You and Your Hair? Check Out These 8 Amazing Benefits

Hey! Before you pull out that dandelion weed and toss it away in disgust, there are a few facts you should know about this wonderfully nutritious and medicinal plant. Yes, you read that right – nutritious AND medicinal.

In fact, the entire dandelion plant can be eaten and contains plenty of vitamins and minerals. Plus, each of the parts of a dandelion plant contains phytochemicals (fancy word for plant chemicals) that have long been used in folk remedies.

Want to learn more about this annoying weed amazing plant? Read on! By the end of this article, you won’t be asking what kills dandelion roots. You’ll be eager to find out how to grow dandelion roots, instead!

Here’s what this article covers:

History of the dandelion 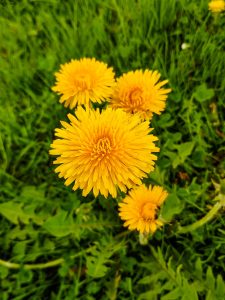 Dandelions grow on six continents and have been around for about 30 million years. Humans have been making use of the dandelion as food and medicine since before recorded history.

There is plenty of evidence that dandelions were used by ancient civilizations, including the Egyptians. Native Americans made use of dandelions, too, as both food and medicine.

Ever wonder where the dandelion got its name. Well, the name actually comes from the French term for the plant “dent de lion” or “lion’s tooth.”

Dandelions are still a part of traditional cuisine in many countries. For example, there are several Italian, Spanish, Korean, and Chinese dishes that include dandelions.

How is the dandelion used?

The most common variety of dandelion worldwide is taraxacum officinale. The leaves, stems, flowers, and roots of this herb (not weed) can be eaten in a number of ways. They are also put to use in home remedies for a variety of ailments.

Dandelion greens have a slightly bitter taste. They can be eaten raw, blanched, or steamed like spinach. The raw flowers can be added to salads for color, flavor, and a definite nutrient boost.

The root has a flavor that is somewhat reminiscent of chicory. This may account for why one of the preferred ways to enjoy dandelion root is in a cup of roasted dandelion root tea. It’s like an invigorating cup of coffee but totally caffeine-free.

In terms of medicinal uses, the dandelion can be used to create

A dye can also be made from dandelion flowers that have been dried and ground.

Plus, according to tradition, if there is something you really, really want, just find a dandelion seed head. Hold it up to your lips and make a wish. Take a deep breath, then blow the dandelion’s pretty, feathery seeds off in one go. Now, all you have to do is wait for your wish to come true!

Dandelion root benefits for you and your hair

The leaves, root, stem, and flowers of the dandelion are all very nutritious. For example, raw dandelion greens have large quantities of vitamin A, C, and K. They also contain vitamin E along with some of the B vitamins.

Dandelions can also add protein as well as moderate amounts of iron, calcium, and manganese to your diet. They are a good source of fiber, too. Although, technically speaking, fiber isn’t a nutrient, it is still very beneficial to your gut flora and general health.

Dandelions also contain many other healthful phytochemicals, such as polyphenols and lutein, a carotenoid.

So, with all these beneficial nutrients, is dandelion root good for you and your hair? Well, herbalists tout its benefits and it’s easy to see why. But more scientific research is needed. Some of the studies that have been conducted so far, suggest that:

Dandelion root side effects and precautions

While the common dandelion, taraxacum officinale, is considered generally safe by the FDA, there are some dandelion root side effects and precautions you will want to keep in mind.

For example, some persons report heartburn, upset stomach, skin irritation, and diarrhea as being caused by dandelion.

Also, dandelion has a strong diuretic effect. This is where it gets its English folk name, piss-a-bed, from.

Dandelion is in the same family as daisies, ragweed, marigold, chamomile, and sunflowers. It should be avoided by persons allergic to these.  Exposure could cause watery eyes, rash, and other common reactions.

The stem and leaves secrete latex when broken. There is latex in dandelion roots, as well. Some persons may be sensitive to its latex and experience contact dermatitis when using dandelions.

What’s more, if you have a pollen allergy, it may be triggered if the flowers are eaten.

Want to find out more about ingredients from nature that are really good for your hair? Be sure to check out these recent posts on other natural hair ingredients:

Do you use dandelions in any way? Tell us about it!