By Jacqueline SamarooApril 25th, 2022No Comments 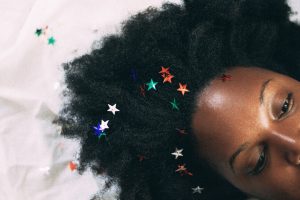 Photo by Leighann Blackwood on Unsplash

There are many beneficial plant oils that have been used for millennia by peoples of the African continent. Shea oil, coconut oil, and palm kernel oil are among the most well-known of these but baobab oil has also been receiving quite a bit of attention lately. So, what is baobab oil and what are some of the benefits of baobab oil for hair growth? We’ll fill you in on both! 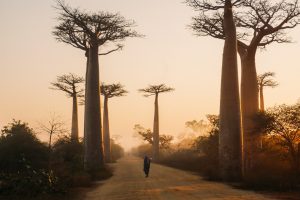 Before we dive into the goodness of baobab oil for hair, let’s take a look at the unique trees the oil comes from.

What is baobab oil?

Baobab oil is a light oil that is cold-pressed from the kidney-shaped seeds of the baobab fruit. The oil is yellow to golden in color and its aroma is described as mostly nutty but also with a floral scent. Baobab oil is rich in fatty acids, accounting for some of its benefits for skin and hair care.

Cold-pressed, unrefined baobab oil is the best kind to look for if you are buying pure baobab oil for use on skin, scalp, and hair. Products that contain baobab oil may list it as baobab seed oil, Adansonia oil or Adansoia digitate oil.

Baobab oil is generally safe for use on most types of skin, including acne-prone skin. But, while it is unlikely to block your pores or cause any adverse reactions, it is safest to do a patch test first, especially if you have sensitive skin.

Omega-3, omega-6, and omega-9 fatty acids are all found in baobab oil. The oil also contains other good-for-your-hair nutrients, including various vitamins and minerals. Baobab oil has been used in traditional remedies for its “antipyretic, antioxidant, anti-inflammatory, analgesic and antimicrobial” properties.

The omega-3 fatty acids in baobab oil help it to reduce inflammation while improving and repairing the skin barrier. These give it the added benefit of helping to make the scalp more resistant to irritation and to heal faster, too.

2. Baobab oil can be used to moisturize scalp.

As a rich source of omega-3 fatty acids, baobab oil works very well at moisturizing your scalp and preventing water loss. This also helps the scalp to remain elastic and strong.

Along with moisturizing your scalp, a baobab hair treatment may also help to moisturize your strands, improving their protein-moisture balance. This leads to hair that is less brittle, more elastic, and more resistant to combing, brushing, and other forms of manipulation.

Pure, unrefined baobab oil that’s been certified organic. Use on hair, nail, and skin for healing, regeneration, cleansing, and moisturizing. 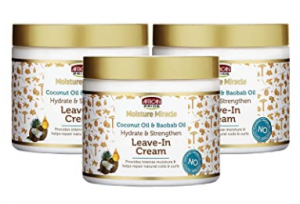 An intensely moisturizing formula that features both baobab oil and coconut oil. Can be used on its own or with your other styling products. 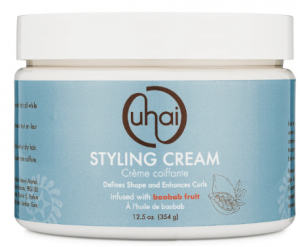 Uhai uses baobab in mush more than its styling cream. In fact, nutrient-dense baobab is the cornerstone ingredient in the offerings from this brand. We featured Uhai recently here on CurlyNikki in our Best Black-Owned Brands to Shop in 2022 series. Be sure to check it out!