Home Blogs Curly Nikki The Greatest!
by CURLYNIKKIAugust 1, 2013January 27, 2021Leave a Comment on The Greatest! 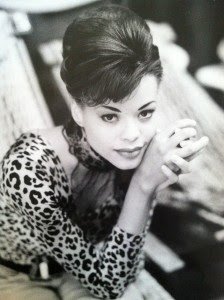 I was at my brother’s house the other day going through some stuff he had in storage for me when I came across an old box of modeling pictures. What struck me beyond the shock of how innocent I looked back then was that many of the pictures were good. I mean, really good. Now, anyone who knows me knows that I have struggled with weight my entire life (that’s a whole other story best saved for another time), and more times than not, I see myself through a big girl’s lens. But the girl in those photos had something.

A spark. A twinkle in the eyes.

I was talking to my mentor and former modeling agent Bethann Hardison about the photos and she said that she always thought I had something special.

It stunned me because it’s something that I always believed from an early age, but somewhere in there things changed. I changed. I went from a girl who believed she could take over the world to someone who needed time to think about it and access the data. I couldn’t help wondering how my life would have been different if I hadn’t stopped believing. Where would I be today? What would I be doing?

I’d be a supermodel. No, I’d be an übermodel. When supermodel Linda Evangelista said she wouldn’t get out of bed for less than $10,000 my rate would have been $1,000,000. I would hold the record for most magazine covers in the world because my face would be featured on the front of every magazine. Baby mags would use my baby photos, wildlife mags would turn my face into a lion, and political magazines would use me as peacemaker. There’d be nothing I couldn’t do. Oh, and I’d have a standing invitation at the White House to meet every President for as long as I live. That invitation would extend to every other leadership body on the planet because everyone would want to meet “The Face of a Generation.” Me, with my nappy hair, frequent belly and scarred up legs from too many years being a tomboy, would represent not a perfect generation, but a real generation where people could boldy be themselves. A place where beauty simply is just because a person says so and believes it to be true. Kinda like Jesus healing people because he believed it to the point that others believed it too. That is strong belief! The ability to out-believe everyone else and even convert them to your belief, even if it seems crazy!

I believed when people told me that my nappy hair wasn’t good enough because it wouldn’t go curly and that is the look that reigned at the time. There was also my nose. One modeling agent suggested I get a nose job. I didn’t do it, but it surely got me thinking. Forget that I always carried a little pouch in my belly and a little roundness in my face. God forbid I ever model with those defects even though centuries ago a little pudge was a clear sign of beauty. However, the granddaddy of all beliefs, the one that was like kryptonite to my career, stated that I could not be a supermodel because I was black. Well, not just because I was black, but because there was already one black supermodel out there: Naomi Campbell. That one belief followed my every move like the Grim Reaper from New York to Paris to London.

Now, to be fair, it was true that whenever I went to a modeling agency for representation the message was usually the same, “We already have a black girl.” And though the other black girl looked nothing like me, the underlying message was, “We don’t want your kind.” Meanwhile, there were as many different white girls as there were colors of the rainbow.

If I had believed that it was possible for me to be an übermodel I would have held my head higher than any other girl, white or black, that ever walked through the doors. They would have made room for me because my confidence would have preceded me like Muhammad Ali! Just knowing me would have made them money.

But I walked into agencies ready for them to turn me down. I probably beat them to it, “I know, you already have a black chick.” And even when I did get represented, sometimes by the very same agencies that I didn’t believe would take me, that damn Grim Reaper stayed on my back, whispering into my ear every time I went out for a job. “No, I can’t work for Vogue. They already used a black girl this year” or “That photographer won’t like me because he only uses really dark girls. I’m way too light.” Imagine how stupid I felt when Tyra Banks came along on the heels of Naomi Campbell, thus proving me and everyone else wrong, there was room for another black supermodel- a light-skinned one at that! Oh no! Didn’t she get the memo?! She wasn’t supposed to do that! It wasn’t written! At least not by the small thinkers that believed in what THEY said. You know THEM. THEY say this. THEY say that. THEY are responsible for squashing so many dreams that THEY should be arrested for mass murder! If only I would have told them to shut the f*ck up! How different my life would be.

But not all is lost…

What do I believe today?

I believe that I have what it takes to be the greatest writer that ever lived. Like the ones who go down in history as the voice of their generation and then get quoted so much that their quotes get quotes. Huh? Yea, like that. I want my work to be translated into every language ever spoken now and into the future so that even in the bushes of the most indigenous tribes, even on future planets, they are talking about something I said. I want my work to remain on the New York Times Best Seller List for at least 25 years after my death, thus inspiring millions of people to become writers just so that they can bump me off of my throne. I want parents to start teaching their babies the alphabet at six months old because they can’t wait for them to read my work. I want to write the next great American novel in Pig Latin. I want to write the Next Testament of the bible. I want to become richer than Bill Gates and make no apology for it. I want to be sent beyond the moon solely because I want to see new things to write about. I want to fly, I want to soar, I want to go where no man has ever gone before. I want to be cool, really cool with Barack Obama. Like, I want him and Michelle to be my dawgs. I want to thank him for seeing an America that would let him, a man with values and enough chutzpah to change the world, become President of the United States. Twice. I want to buy Will Smith a drink because he didn’t fall into the trap of believing that there wasn’t enough work for black actors in Hollywood. That belief cut my acting career before it got started. And then there’s Mark Zuckerberg. Dude didn’t even finish college.

I want to thank all of the pioneers for showing me that it is possible to go where no man has ever gone before. In fact, that should be the only destination since that is the space that is wide open. Everyone is fighting for what already exist because they can’t believe that they could be the one to start something new. If only they believed. But I know better. Me, with my scars and belly and nappy hair will be standing in a space all my own doing something totally original, until someone else comes along. Because that usually happens when someone opens a door. All the like-minded people who were waiting for another option in life, those who had the same idea but were afraid to do it, and those who you simply beat to the punch, come rushing in, ready to do things in this new space. My God, there’s soooo much room! Kinda like when Columbus “discovered” America. Then they start putting their own spin on things, and it gets really interesting. But no matter how many people show up, and how much they do, you will always be remembered as the one who opened the door.

My God, I am the greatest writer to ever live!

The greatest writer to ever live!

What do you believe? 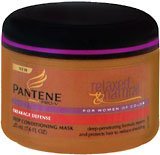 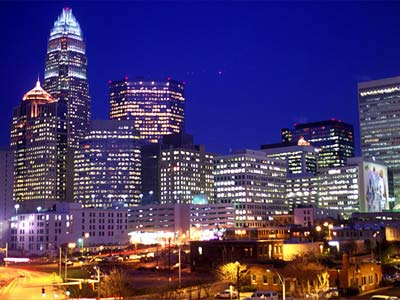 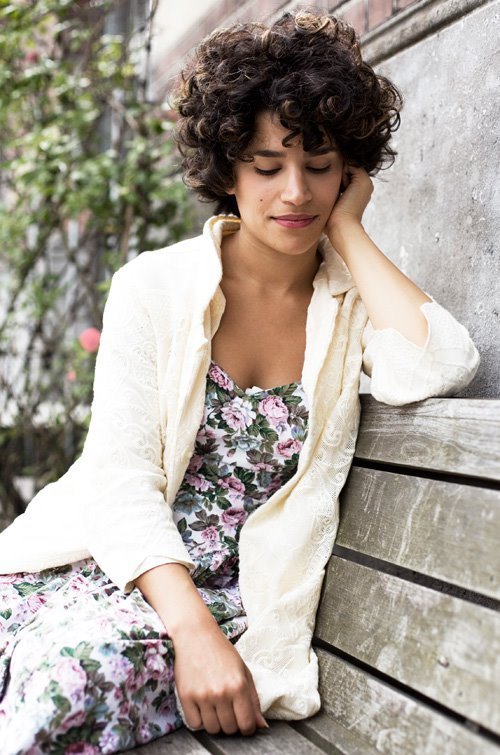