Why Aunti Vi is Queen of the Small Screen

Aunt Vi, played by Tina Lifford on Queen Sugar, is a character unlike any middle aged black woman we’ve ever seen on the small screen. She’s older but with a young spirit and swag, sexy without trying and motherly without seeming elderly. To top it off, she has a man at least 20 years her junior and has just as much, if not more, spunk than him and the women his age chasing after him. She’s the gap that’s finally been filled to represent the black woman on the other side of 50.

Continue
For far too long, there’s been one or two prototypes that we are bombarded to accept the older black woman to be: she’s either the matriarch raising her kids (and everyone else’s) while taking care of her husband (or single and lonely) while putting herself last; or, she’s the no-nonsense taking, curse like a sailor grandma, auntie or mama that teaches by the belt or yelling to keep her family together. Neither of those images portrays a woman who is capable of caring for her family while also enjoying the later years of her life with a stallion to hold her down and tackle life’s adventures owed to her with a glass of moonshine in tow and a smile. Thanks to Aunt Vi, we have an extension, one in which we all know from our own experiences with the beautiful wise women in our family and sister circles. There’s only so many times I can handle Madea (no shade to TP as I love the character as well) or the woman who plays the back burner to her husband on television. For years, I’ve yearned for more. The conviction that Tina Lifford brings to Aunt Vi is an unprecedented portrayal. There’s something to be said about visually seeing a woman thrive when they have more years behind them than they have in front of them. It’s a stellar example and puts many at ease as to what the later years of their lives can potentially be.

We live in an age where women 40 and 50+ are furthering their education, changing careers, starting businesses and serving all sorts of body goals on the gram. I have always hated the notion that a woman of a certain age has to be victim to aging versus embracing it in the boldest way possible. Who says a 60-year-old woman can’t rock an ombre lace front as opposed to a short black wig cap? Why can’t they flaunt their experienced curves in a bodycon dress from Fashionnova instead of an Anne Klein two piece? They’re older, not dead people.

Aside from her sassy persona and fashion sense, Aunt Vi shows what adjusting one’s viewpoint to the current time can do for you in the way she takes advice from her younger nieces and nephew. Often times, we see women on screen, and in our everyday lives, who carry the attitude of “there’s nothing I can learn from young folk” and they miss out. Aunt Vi does the exact opposite. She seeks out advice from those who came after her to not only keep her current, but also inspire her to unleash her inner diva both personally and professionally while still holding her crown as matriarch. It creates a beneficial relationship and mutual respect and admiration on both sides. They keep her hip and fearless while she marches on and achieves things she never deemed possible without their push.

I recently sat through a Q&A with Dr. Michael Eric Dyson and his protegee Marc Lamont Hill where they discussed how Dr. Dyson took Hill under his wing and as Hill’s star rose, he passed on modern business advice to Dr. Dyson that turned out to help him financially. Aunt Vi’s relationship with her nieces and nephew is the same, she helped raise them and through their successes they have led by example in going after their goals while encouraging her to do the same, hence her new pie making business in Season 3. As Dr. Dyson explained during the Q&A, “We teach those we precede so that when we are older, we learn from them. Every generation gives something new for us to advance further.”

In love, Aunt Vi is thriving, journeying through life with her younger beau Hollywood and slowly but surely allowing him to take lead while not losing herself. Whereas in other shows, we normally witness a woman single, or dating and disinterested or not open to love, closed off to new experiences.

In many ways, Aunt Vi reminds me of my very beautiful 52-year-old mother, who herself had troubles in love, career and has like many, suffered loss along the way. Just like Aunt Vi, those experiences did not stop her from now living out her destiny. They may have halted things a bit, but together, as Aunt Vi and her nieces and nephew, we have found our way. After some financial difficulties, raising a family while putting her needs last, my mama is living her best life. She’s downsized to an apartment fit perfectly for her, is in the career of her choice while making more money than she could have ever dreamed, has a busier social schedule than me and is out here dating chile.

There’s so many others like my mom and Aunt Vi. My friends moms are like her, my older co-worker women are like her. To finally have that on screen is the final piece of the puzzle of the multi-faceted black woman that we all yearn to see.

Queen Sugar airs Wednesdays on OWN at 10P EST. 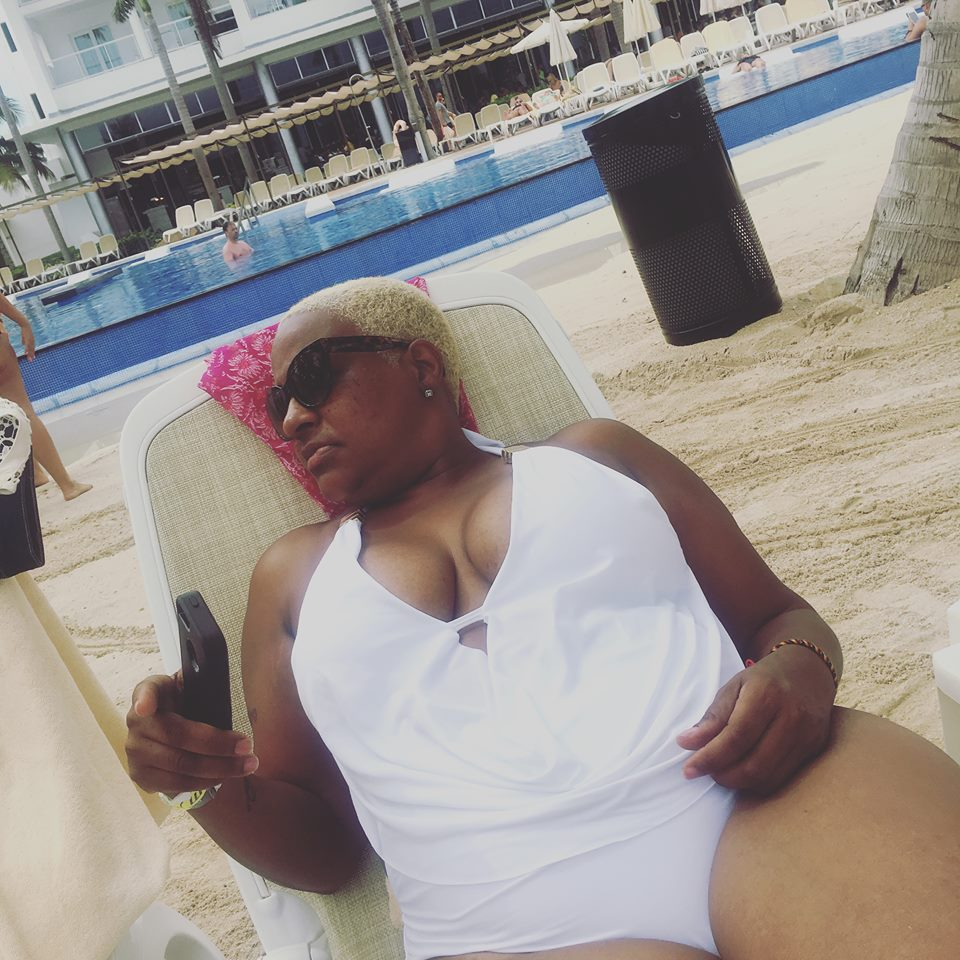 By the way, here’s my Mama! Shawtie bad (and her boobs are real…and she knows I brag about her all the time and show pics whenever I feel like it!) and she’s single too…


Do you have an Aunt Vi in your life?