Erykah Badu said it best when she sang, “Work ain’t honest but it pays the bills.” In the context of her song, she was referencing selling drugs, but those lyrics can apply to every walk of life as we’ve all found ourselves in work spaces that weren’t at the top of our vision board or what others perceived we should be doing. That’s what sparked the recent outpouring of love for former Cosby Show star Geoffrey Owens, whom an ignorant fan tried to blast for earning a decent living when a photo she took of him working at Trader Joe’s went viral.


Continue
The culprit later did an interview with none other than FOX News and said she “felt bad for him” and that he looked “unhappy.” Oh girl, not only are you rude, but you made assumptions. 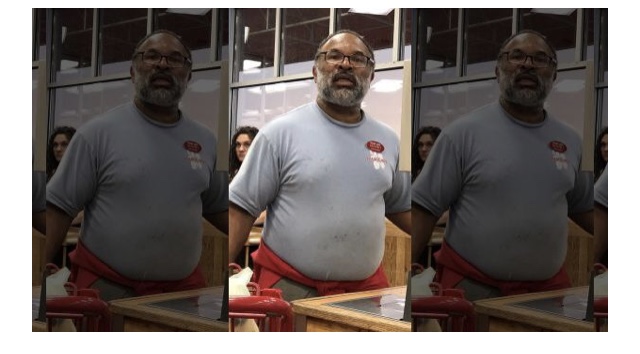 But alas, the internet saved the day. This could have easily turned into a national roast session where he was degraded for his cashier gig but thanks to so many who have been through the struggle themselves, a new movement was started in honor of him and all blue collar workers.

Many, in and out of the entertainment industry, came to his defense with the following posts, even dedicating Labor Day to him: 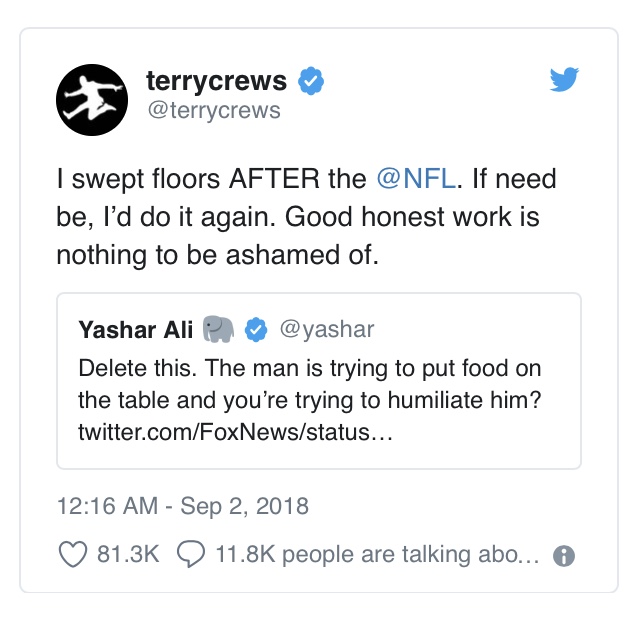 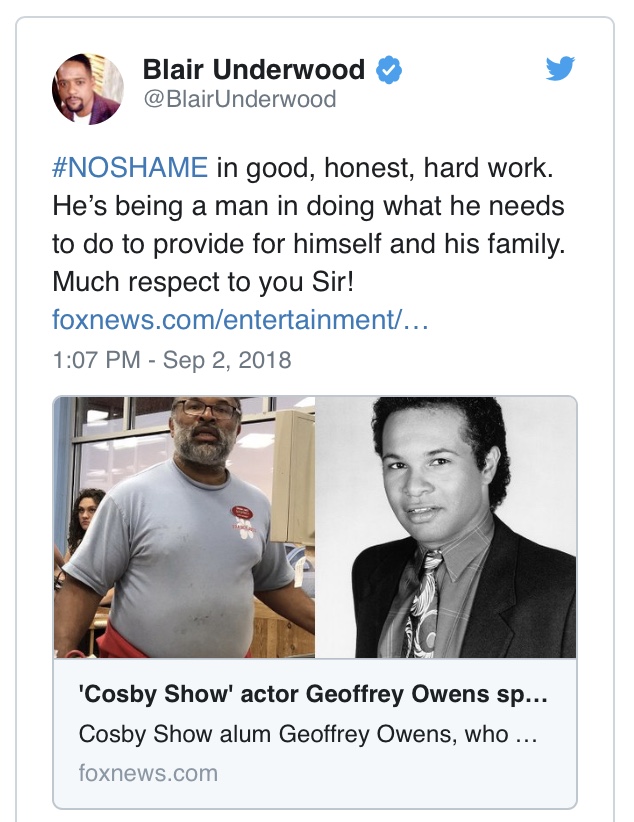 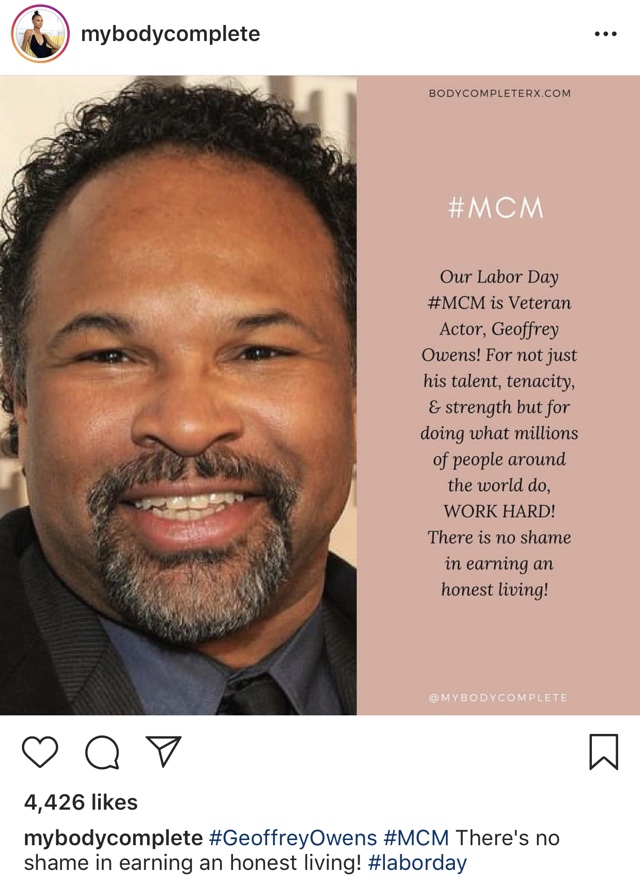 But ever the humble one, Geoffrey responded with the following on his IG:

New background alert! Thank you all for the kind words, but life shouldn’t stop for something so small and pointless effort. I continue to do what I’m destined while others receive the lesson. A master in his best atmosphere !
A post shared by Geoffrey Louis Owens (@thegeoffreyowens) on Sep 2, 2018 at 8:46pm PDT

“I was really devastated, but the period of
devastation was so short because so shortly after that, the responses,
my wife and I started to read these responses from like literally all
over the world of support and so, fortunately, the shame part didn’t
last very long.”

He says he’s more of a celebrity now than before this happened, but he hopes there’s a greater lesson that can be learned.

“This business of being the Cosby guy who got shamed for working at Trader Joe’s will pass. What I hope doesn’t pass is this rethinking of what it means to work, the honor and dignity of the working person. I hope we can re-evaluate this idea that some jobs are better than others. It’s not true. Some jobs pay better. It may have better benefits, it might look better on a resume, but it’s not better. Every job is worthwhile and valuable.”

He also stated that while a lot of attention has been thrown his say, his work situation hasn’t changed. But still he says,

“Don’t feel sorry for me. I’ve had a great life. A great career. I’ve had a career that most actors would die for. I’m doing fine.”

A salute to social media for turning a negative into a positive and pushing Geoffrey further into the limelight for good reason. I’m sure this will open new doors and a resurgence that’s well-deserved! And to all those in the plight of dream chasing, stay the course and continue to put in the work! Your time is coming!

Do you find dignity in work, even if it’s not your ideal job?