From the moment the promo for The Bobby Brown Story dropped that opened with the original Bad Boy of R&B snorting a line of cocaine (seriously BET, y’all couldn’t think of anything else) and featured his classic pelvic thrusting performances, I knew we would get his raw unfiltered truth. We’ve anticipated a biopic for years. He hasn’t had the best reputation with unfairly catching the slack for the dismantling of New Edition, and the deaths of Whitney Houston and Bobbi Kristina. But he’s stayed strong, cleaned himself up after years of addiction, and has reinvented himself as an artist, family and businessman.

Nevertheless, the first of a two-part TV movie didn’t disappoint. I scanned twitter for reactions; and, of course twitter’s commentary surpassed any recap. Here are the top moments that had Twitter losing it:

Continue
Hoes In Different Area Codes
Bobby had women…and babies…in damn near every city. That’s an exaggeration, but he got around. There were threesomes on movie sets and sex after concerts. When he sang humpin’ around he was clearly speaking of personal experience. And where were the condoms?! Obviously absent as by 16, he had his eldest son and two more over a short time frame- one of whom was conceived during his engagement to Whitney. His brother and manager Tommy, tried his best to keep things in line, even going as far as keeping in touch with the mothers of Bobby’s children and sending gifts as if they were from Bobby for birthdays when Bobby forgot. Oh Bobby.

Hold up…. wait a minute…. so that hussy Alicia, Teddy Riley’s girlfriend who kept giving Bobby the come hither eyes, the one who consoled Bobby before the wedding to Whitney is his current wife?!?!? #BobbyBrownBET pic.twitter.com/QY66UFEBtu 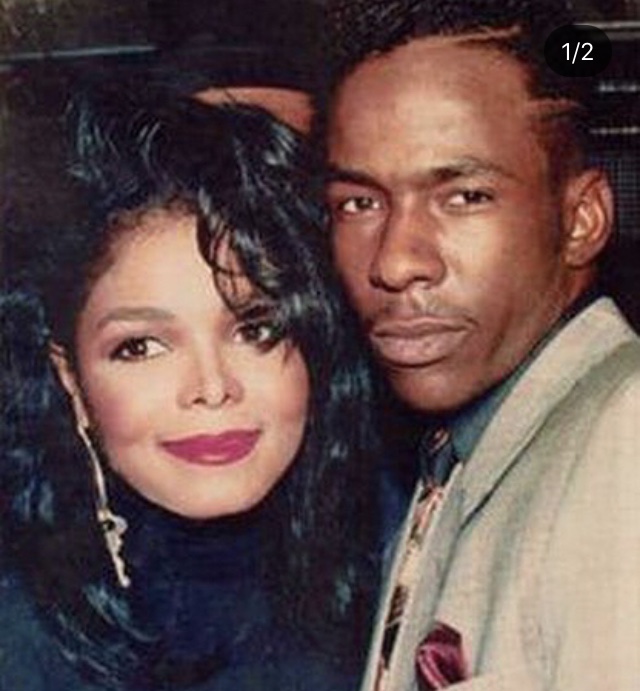 Apparently, Twitter didn’t read his memoir because this caught them off guard. According to Bobby, he and Janet Damita Jo Jackson had a rendezvous, one that included secret hotel sex since Janet was engaged to a DeBarge at the time. His family and friends knew while Janet kept Bobby as a side piece, leaving Bobby to believe she was embarrassed of not just his bad boy image but also his darker complexion. He did a pop up at Janet’s house while her future husband was home and Janet did not take that well, but she arranged for them to hook up elsewhere. Bobby wanted more. The book details a time where he actually kicks her out of a hotel room. That was left out of the movie. Either way, BET has a knack for marketing because the first commercial after that scene featured Janet Jackson accepting an award at the upcoming Black Girl’s Rock Ceremony. Oh, the shade of it all. I’m expecting a lawsuit from the Jackson clan disputing this relationship, and Twitter had the same line of thinking.

Janet Jackson On The Phone With Her Lawyer Like #BobbyBrownBET pic.twitter.com/38UIcVonz6

#BobbyBrownBET me listening to Janet’s albums tryna figure out which song was about Bobby. pic.twitter.com/c9NWFnJ1Z8 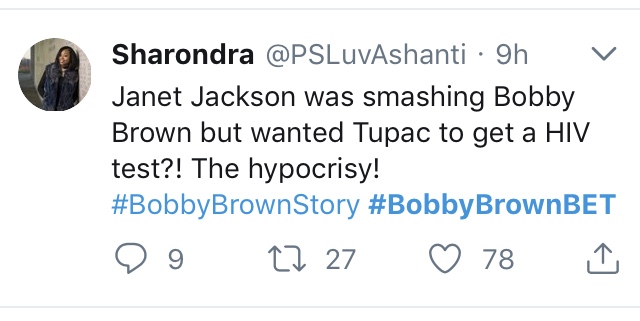 He Who Findeth A Good Wife

As someone put it on Twitter, Whitney had the best PR Manager of the 80s and early 90s because they kept her image clean with bleach. Whitney was a trip and her and Bobby together were magnetic from the start. One thing for sure, she played no games about her Bobby and unlike Janet, wanted to be open about their relationship from the start. When one of his baby mamas stormed into his dressing room to find him with Whitney and use their kids as a pawn to run Whitney away, Whitney replied with a petty but calm, “You two are blessed with beautiful children.” When she found out the same girl was pregnant, at the same time as she was, she demanded Bobby get a DNA test. He asked why and she hit him with a “Mutha…why wouldn’t she lie.” They balanced each other out but also enabled each other’s flaws. Not to mention, the World was constantly in their business, much to Bobby’s dismay and portrayed him as not being good enough. And when their addictions climaxed, there’s only so much to hold on to. 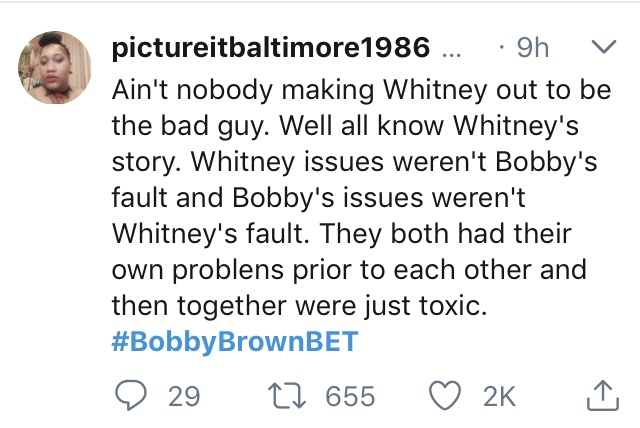 The Mysterious Case of Robyn Crawford

We’ll probably never know what went down between Robyn and Whitney and at this point, it doesn’t matter. What we do know is they were close and she was a constant presence in Whitney’s life during their friendship, one that Bobby wasn’t here for. In her depiction in this movie, Robyn was like a fixture, always around but rarely speaking. She spoke instead through body language and facial expression – both of which showed disgust and somewhat of a jealous demeanor towards Bobby, and he felt it all. During one scene where Bobby confesses to getting another woman pregnant while engaged to Whitney, Robyn sits idle smiling. In their wedding scene during their vows, she’s visibly agitated. In a final blow, she and Bobby have words after she digs her hands in a plate of food Bobby cooked for he and his wife (that was foul). He kicks her out of their home, leaving Robyn to give Whitney an ultimatum (or imply such). If you ask Twitter, Robyn has all the tea but unlike everyone else who has shared their experience with Whitney publicly, she’s kept silent. Either Robyn is that loyal to Whitney or she was paid a hefty settlement and signed a gag order to keep quiet.

Bobby: “You ain’t nothing, but a damn guest.”
Robin: “Oh, it that all I am?”#BobbyBrownBET pic.twitter.com/2yCicqjKhh

Whitney’s bodyguard said Bobby and Robyn scrapped a couple of times. He also said Robyn held her own. #BobbyBrownBET pic.twitter.com/7AFYf8JFob 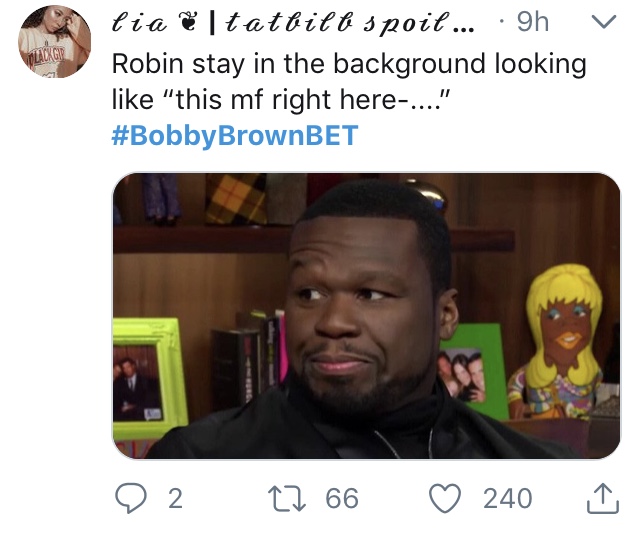 Thanks to Twitter for the commentary and digging up old photos. Part II of The Bobby Brown Story airs tonight at 9 on BET. Will you be watching?