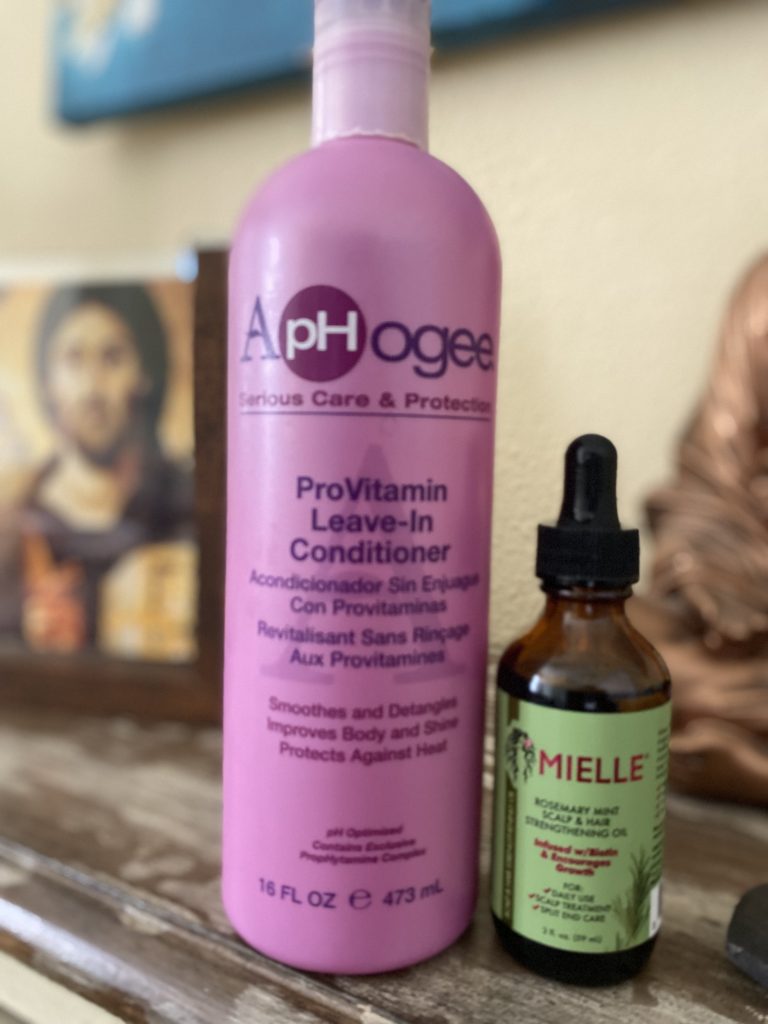 So about yesterday. I did rinse the henna, but ended up putting my wet, naked hair into a t-shirt and left it…

until after getting everything set out for school,

until after bathing Max and detangling his hair (it’s looong),

until after getting him and Gia into bed,

until after talking to my sister,

until after watching another episode of The Chosen (OMG please watch!),

until after having a cup of chai (no caffeine- it’s rooibos!),

and until after reading a little more of THIS book.

When I finally took my hair out of the ‘plop’, it was 99% dry (but soooo soft!) and I was still 99% sure I was going to RevAir it and put it in my signature two pigtails. That’s my present go-to routine. I apply a liquid heat protectant, stretch it with heat in 4 sections (2 on the left and 2 on the right), apply castor oil from the middle of the length to the ends, put it in two braids (think, Wednesday) and either rock them hanging out from under a turban wrapped like this, or rock a high bun and wear a turban like this, re-braiding at night.

After about a week, I start applying the castor oil to my scalp and once that’s happening, all the manipulating and finger detanging feels… risky. So I keep it in the high bun for another week, and usually run into THIS problem. #OutOfSightOutOfMind If I’d wash it as soon as it started feeling less pliable, I’d have less woe.

But back to last night: out of habit and before thinking, I applied my fave heat protectant leave-in in preparation for revving up the RevAir. But it was 10pm and that thing is vacuum-cleaner-loud, so I decided to make 4 flat twists and call it a night. I used the Mielle Strengthening oil on my exposed scalp, edges, and a little (a few drops per section) on the length. First take– my un-cut castor oil could never! I’d NEVER use it on hair prior to styling (twisting, braiding, rolling etc in order to wear my curls ‘out’). Styling, then health, sadly.

My hair (wet or dry) loses all definition as soon as I even open a bottle of oil. But I could tell by how my hands absorbed this one that it would be an experience, much like my days of using Liquid Gold — Argan Oil. I should get some of that and compare it to the Mielle!

Because I knew I owed you a post and at least a pic tomorrow (now, today, but it’s always now 🙂 ), I  rolled the sloppily twisted flat twists (2 on each side) on perm rods and called it a night. Notice how I  do my hair in 4s. Period. L A Z Y. This is what it’s come to. Let’s reframe that, E A S Y. Simplicity. Minimalistic. 🙂

After 5 short hours, I was back up, sitting at the mic and recording, and paused to write this before editing. 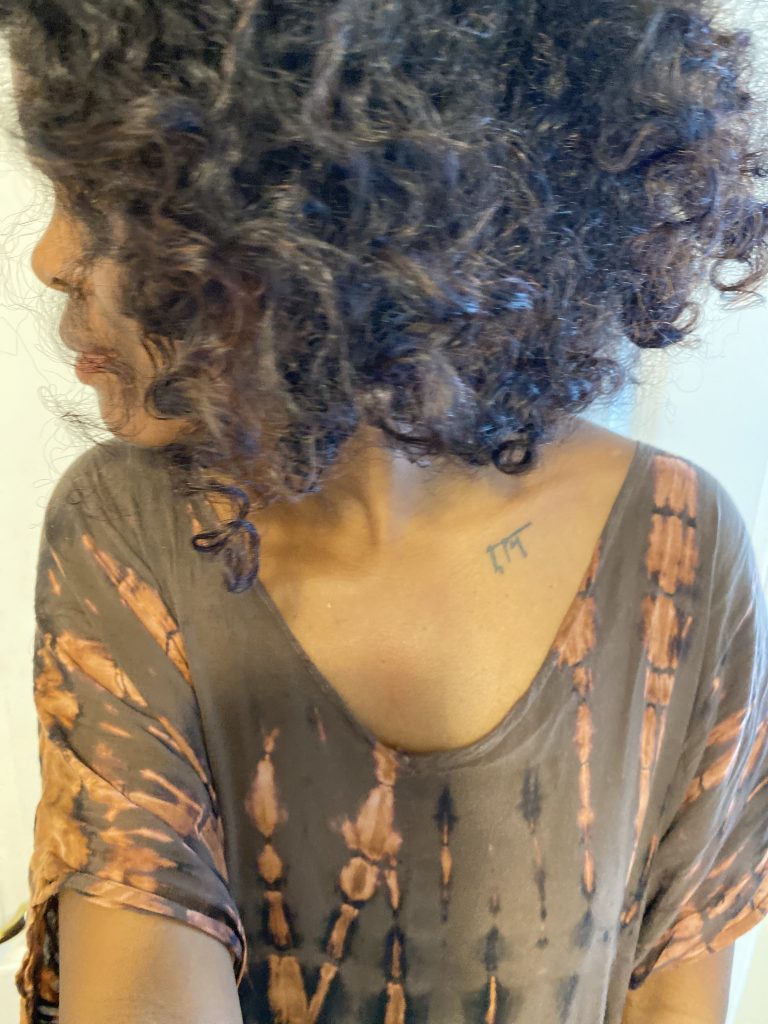 Even without a styler or neat twists, it’s damn decent. It’s soft, fluffy, and NOT greasy. That oil is lightweight, smells refreshing and is one I  could commit to using daily without fear of my hair becoming stiff and more prone to breakage. I can’t speak to its hair growing capabilities, but I’ll keep you posted.  From what I can tell, it’ll help me maintain length WHILE maintaining my style. A feat that most oils can’t pull off. 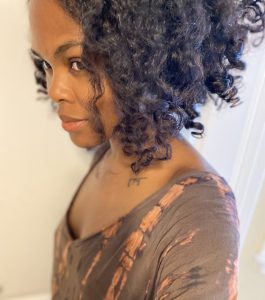 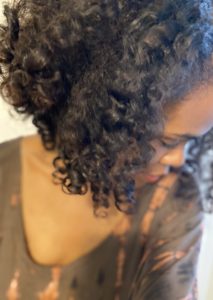 I’ll actually style with it (and a curl cream) later this week and check back in!

p.s. Listen to today’s episode! ‘Affirm: God Is Aware of My Situation’ 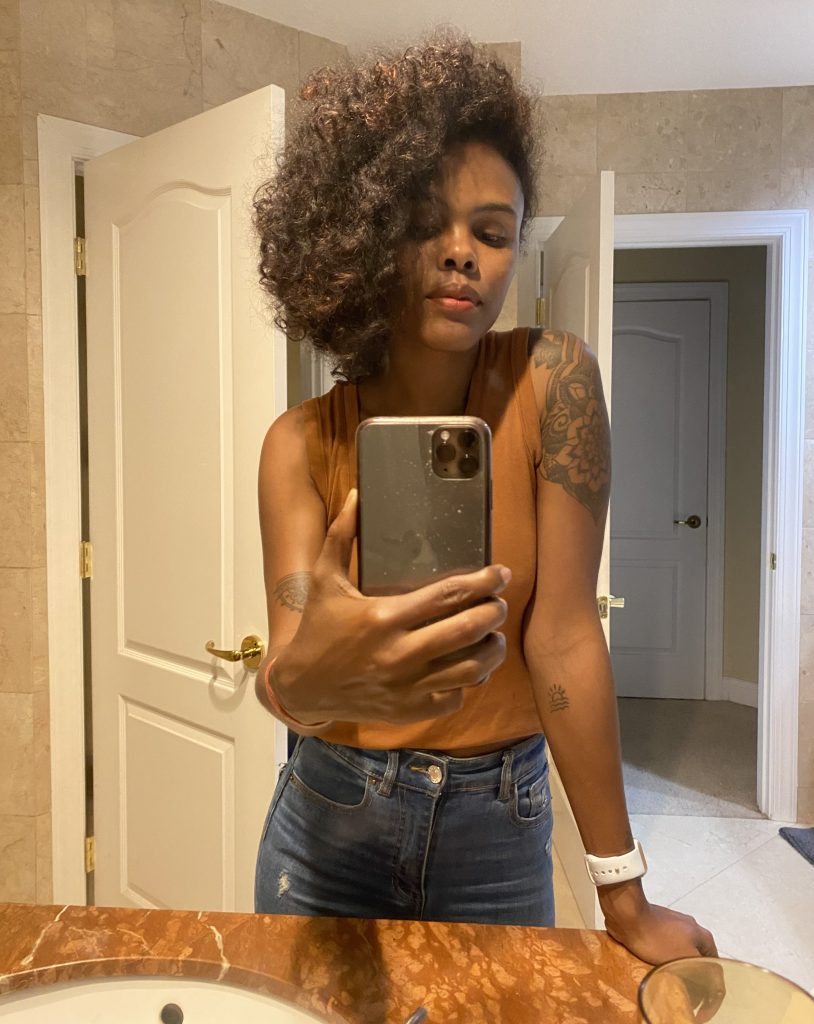 Later that night before re-washing to style again!