WORST DECISION?? I MOVED TO NIGERIA AFRICA, FROM AMERICA: REGRETS AND TRIUMPHS | EfikZara

By Jacqueline SamarooFebruary 1st, 2022No Comments 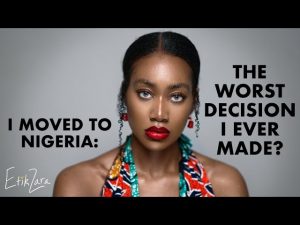 I MOVED TO NIGERIA AFRICA, FROM AMERICA:

Zara is back on CurlyNikki! She’s a fabulous naturalista who shares her natural hair journey with her followers. That includes more than 170K subscribers (aka ZeeStarz) on her EfikZara YouTube channel!

A couple of weeks ago we shared Zara’s revelations on why she disappeared in Nigeria for 5 months. This week she is giving us a bit of the life-changing backstory that led up to that point in her life. She lets us in on how, after being born and raised in the US, she was impacted by her parents’ decision to pack up and move the family to Nigeria – the country they were born in. JUMP TO VIDEO!

Or, keep scrolling and reading as we take a look at what has become an undeniable trend – especially over the past five or so years. It is the trend we are seeing in which more and more African Americans are pulling up stakes and moving to Ghana, Nigeria, and several other African countries.

And, it’s not just persons who were actually born on the African continent like Zara’s parents were. No, it’s also those whose families have lived in the US for generations.

What’s behind the trend of African Americans moving to Africa?

An escape from institutionalized racism is an often-cited reason for making the bold move. But, African Americans are choosing to move (themselves and their kids) to African nations for various reasons; Some of which are explored in this New York Post article and this BBC documentary.

And, those who have chosen to make the move have various experiences when they get there. In her video, Zara discusses her own period of transition as she went through adopting and adapting to a new culture. She shares how she was able to find her niche, build friendships, and forge affiliations that were right for her.

African Americans have long taken an interest in their pre-slavery African roots. However, many say the current trend began with Alex Haley’s 1976 book and 1977 television miniseries Roots: The Saga of an American Family. The practice has also been spurred along by the growing numbers of celebrities, including Oprah Winfrey and Whoopi Goldberg, who have famously traced their African roots.

Where in Africa are African Americans moving to? 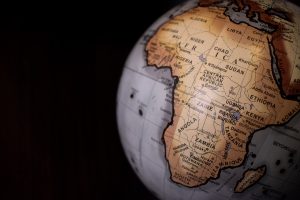 As to where in Africa most African Americans are moving to, well – the countries of West Africa are the most popular. The most obvious reason for that is it is where most of the victims of the slave trade originated from.

Countries like Nigeria, Ghana, Liberia, and Senegal have large numbers of African American immigrants. These countries have also invested heavily in genealogy tourism.

It is true that Zara’s situation differs somewhat from that of most African Americans journeying to start a new life in Africa. Her parents were born in Nigeria, moved to America, met, and as Zara puts it “promptly married and popped my sister and I out”!

So, you would think moving to Nigeria may not have been a big culture shock to her, right? Well, we’ll stop yapping and let you find out how it actually went! Enjoy!

WORST DECISION?? I MOVED TO NIGERIA AFRICA, FROM AMERICA:

A young woman of many talents, Zara (popularly known as EfikZara) is a professional violinist and composer. Aside from her primary career, Zara is a cinematographer with more than 17 years of experience. She is also a passionate healthy hair advocate with over 12 years of experience caring for her natural hair and the natural hair of her loved ones.

More than a decade ago, reading the stories of women on CurlyNikki.com inspired her to go natural and now she’s sharing her story with hundreds of thousands of people, around the world!

Get more hair and beauty tips from Zara on CurlyNikki, HERE!